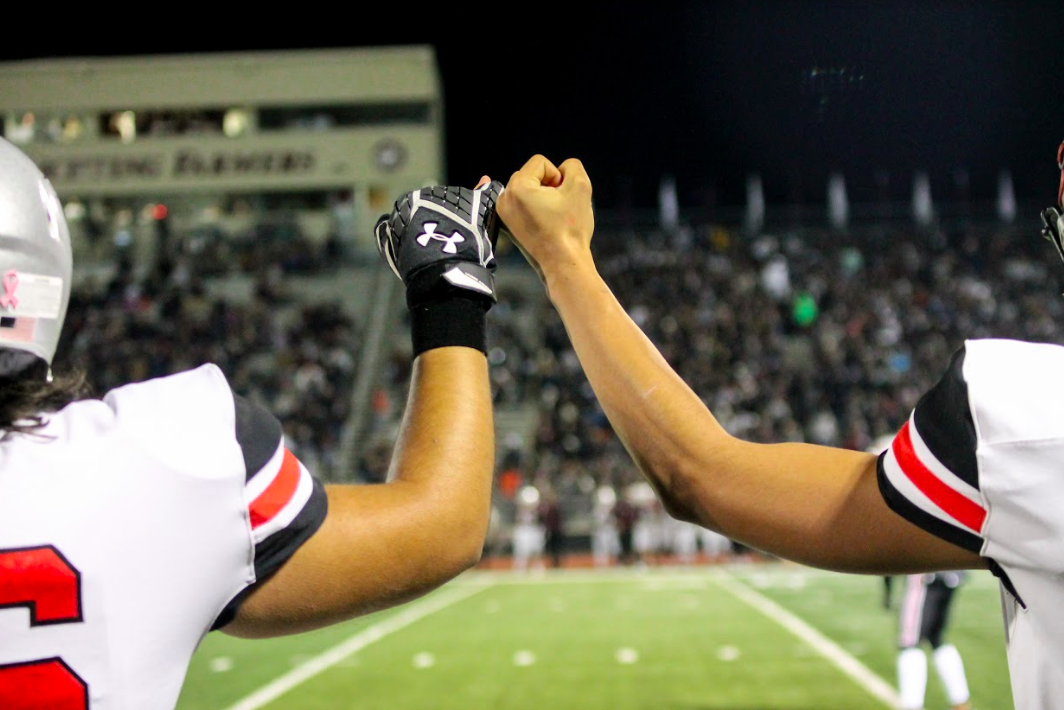 Players, coaches and spectators took part in the Marauder tradition of linking pinkies during the game. (Emily Lundell)

Players, coaches and spectators took part in the Marauder tradition of linking pinkies during the game.

It’s a good sign when a team only loses one game in the regular season. This was the case for the 2019 varsity football team. They won both major rivalry games, Battle of the Ax and Mound Showdown. They continued their winning streak to go undefeated in the district and secure the titles of bi-district and area round district champions for the first time in 12 years.

“Our goal is to win in the playoffs, not just get there,” head coach Kevin Atkinson said. “We wanted to get better as the season moved along.”

At the start of the season, the team was ranked 2,133 in the nation, but moved up to finish 321, according to MaxPreps.

“I’m just excited for our program and these kids who worked so hard over these last couple of years,” Atkinson said. “For them, to see the fruits of their labor is really neat.” 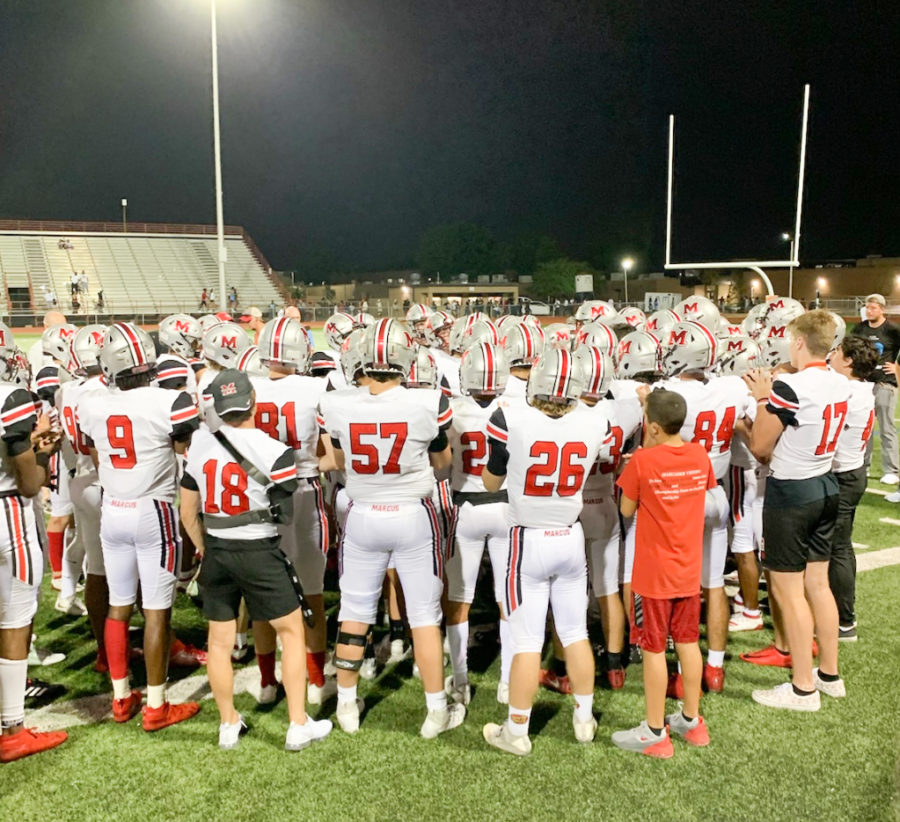 Gallery|3 Photos
Samson George
The Marauders huddled together after their loss to get pumped up for their next game.

The Marauders were the first team in the 6-6A district to secure a playoff spot after beating the Flower Mound Jaguars 34-31. The Marauders got an early lead, but the Jaguars rallied back for a close game.

The Marauders brought the axe back home after their 48-42 overtime victory against one of their biggest rivals, the Lewisville Farmers. The first half was big for both teams as there were only two punts by halftime. At halftime the Marauders were in the lead 27-23. With less than a minute left on the clock, sophomore kicker John Wegendt made a 24 yard field goal to tie the game 42-42, bringing the game into overtime. During overtime Nussmeier scrambled and secured the Marauders the victory and the return of the axe.

The team got their first playoff win in four years against Keller Central with a score of 34-7. The Marauders’ offense put on a show throughout the night. Big plays early in the game put them in scoring position often. The Marauders’ defense held the Chargers to seven points the entire game.

Marcus vs Lake Highland (Area Round)

The Marauders won the area round championship, beating Lake Highland 36-27.The Marauders’ defense was able to come up with big plays throughout the afternoon.The Wildcats missed a critical field goal in the fourth quarter. 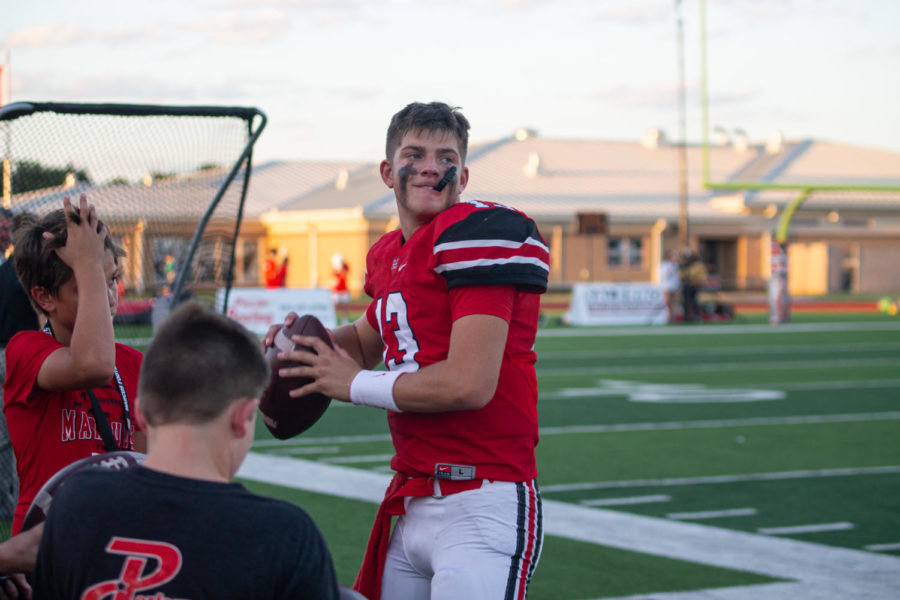