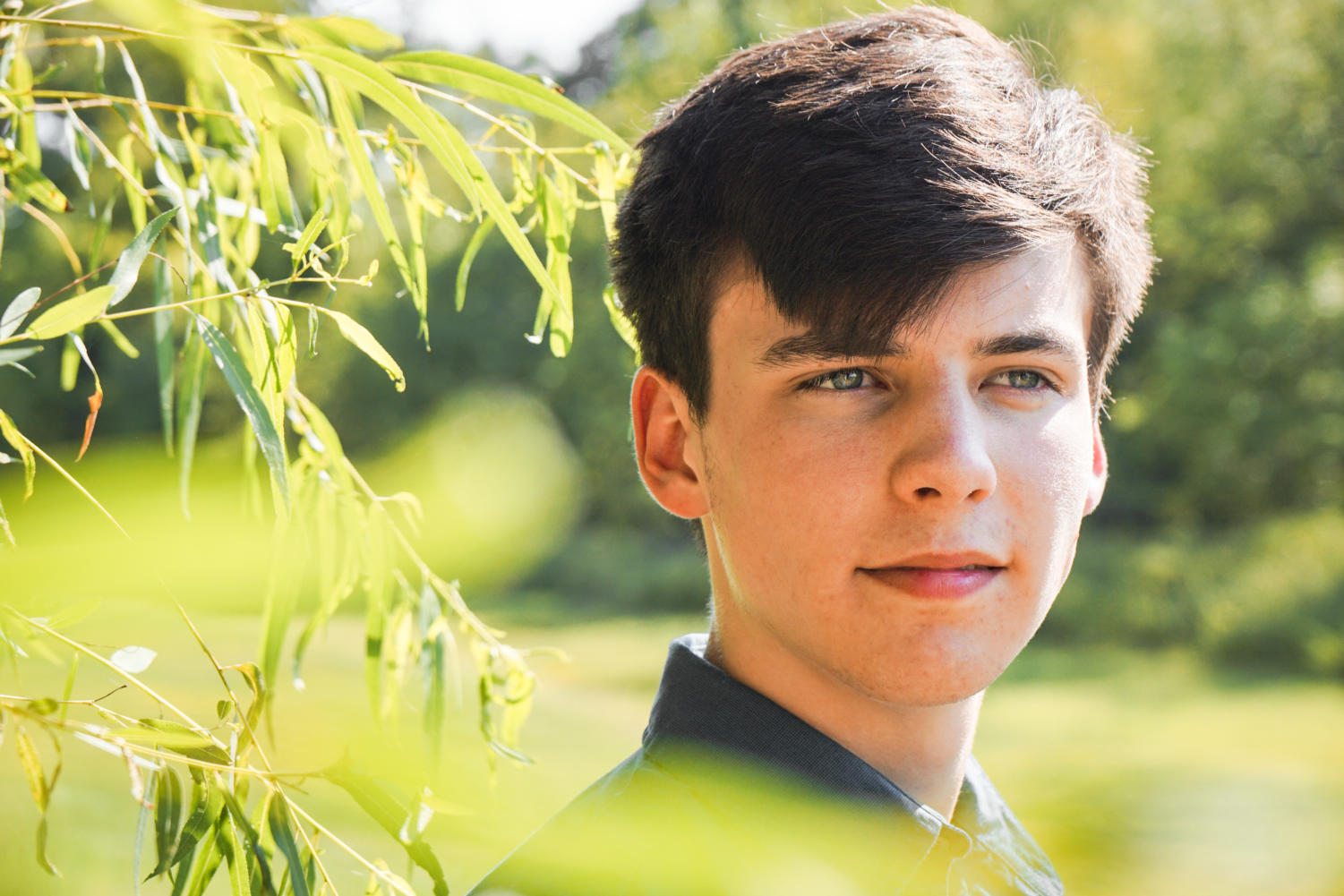 People walked up to Landon Bradley attempting to make conversation. It was a town he didn’t know very well, so he brushed them off and secluded himself.

Landon sat alone thinking about what felt like nothing and everything. He always pushed everybody away. Why? In a split second Landon made a decision. He dragged himself up and willed himself to go to the train station.

He stood letting the wind from passing trains brush his face as he stared numbly ahead. The train roared into the night, and the whistle pierced the air. The last thing he saw was headlights before he jumped into the black abyss.

He suddenly woke up breathing heavily gripping his blanket as if it were his lifeline. He inched his way out of bed, sleep still present in his eyes. He mindlessly sat back down and held his cat, Angel.

In middle school, Landon was a golden boy. He loved playing sports like football, swimming and ultimate frisbee. He loved science as well and wanted to be a marine biologist when he was older. He was excited to take advanced placement science courses in high school.

He also had a love for music. He was in choir and orchestra. Landon was known as a fun loving and caring kid by those around him. He had no worries.

Everything changed the night of Nov. 16, 2016. Landon was in a car with his friend’s family, shoes in hand because he always put them on last minute. Landon looked to his side and saw a truck barreling toward his side of the car. He saw headlights peak through trees. He tried to say something to warn the other passengers, but his words failed as he clung to his seatbelt.

He flexed his arms, clenched his jaw and squeezed his eyes shut. His body jerked, his knees banged together, and he was engulfed into the darkness.

He woke up with cold pavement underneath him. Smoke hung in the air. He saw the other people in the car with him and asked if they were okay. When they said yes, he proceeded to walk home shoes still in hand.

For a long time I felt like I was alone. I didn’t feel like I was with God. I felt like He didn’t want me around, so I would sleep all day, and I wouldn’t go to church because I had to recover.”

“If we had gone a little bit faster, it would’ve hit my door,” Landon said. “I would be paralyzed or much worse.”

Landon was then diagnosed with brain damage on multiple lobes of his brain the summer going into his freshman year. He could no longer participate in sports, music or advanced classes. He felt like a stranger to himself.

“I put up a big emotional wall, and I would not say much,” Landon said. “I wouldn’t have many facial features. I would just kind of do things on autopilot.”

Landon spent 22 to 24 hours a day asleep for weeks in the beginning of his recovery. In the time he was awake he lived from appointment to appointment, test to test. He went to various cognitive and physical therapies. The only thing he had to look forward to was getting french fries and a chocolate milkshake from McDonald’s after therapy.

Life moved on, but Landon couldn’t move with it. He was constantly in a state of having to relearn and catch up. He would get pounding headaches, ringing in his ears, blurred vision and memory loss, which he still suffers from today. He wanted to go to school, dress up for spirit days and be in choir and orchestra. Instead, he dove into a pit of isolation.

“For a long time I felt like I was alone,” Landon said. “I didn’t feel like I was with God. I felt like He didn’t want me around, so I would sleep all day, and I wouldn’t go to church because I had to recover.”

Landon stared out of the window into the night. His breaths slowed as he calmed down from his dream. His parents were gone on a business trip for a couple weeks. It was just him and his older brother. The house was dark and silent, with the exception of Landon’s cat walking around.

His stomach growled, interrupting his thoughts. Landon just ignored it as he had been doing for the past few days. Because he was constantly sleeping, he very rarely found time to eat. He didn’t see any point to eating and being awake anymore. Not if he wasn’t the Landon he was before the crash.

He wanted to be able to do the things that made him happy again. Soon enough he would use this longing to encourage him to complete his journey in recovery and become himself again.

Landon had a desire to be better because the accident made it hard for him to walk up the stairs without falling. He pushed and pushed himself to be better.

In his physical and cognitive therapies he worked on his vision, balance, memory, and speech. He would play card games with his family to work on his memory. Throughout the process of his recovery, Landon steadily pushed his limits and continuously made baby steps towards getting better.

It’s taken me a long time to feel like I’m not alone. [God] was there with me when I didn’t know, and a lot of things could’ve been a lot worse, but He gave me a lot of strength to keep going and push through. He gave my family a lot of strength.”

The corners of his lips twisted up in recognition as the opening chords of Elton John’s “I’m Still Standing” sung by Taron Egerton filled the room. Elton John had always been one of Landon’s favorite artists. He listened closely to the lyrics.

And did you think this fool could never win

Well look at me, I’m coming back again

His mom sat on the couch and hugged him as the notes and lyrics hung in the air. He then heard the chorus.

“One of my goals during [physical therapy]  was I said I want to be 110 percent. I want to be better than I was before, so that was a big moment for me,” Landon said.

After many sessions of physical and cognitive therapy and hard work from both Landon and his family, Landon could rejoin his music groups like choir and orchestra.

“It’s taken me a long time to feel like I’m not alone,” Landon said. “[God] was there with me when I didn’t know, and a lot of things could’ve been a lot worse, but He gave me a lot of strength to keep going and push through. He gave my family a lot of strength.”

He has given each year of high school a theme according to his journey. Freshman and sophomore year was recovery, junior year was catching up and this year, his senior year, he gets to start with his classmates. He no longer has anything holding him back.

“I got through it with a lot of people that cared about me and a lot of self growth,” Landon said. “I learned that if I really try, I can do just about anything, and I found out that I have some great friends and great parents.”

One Response to “Still standing”