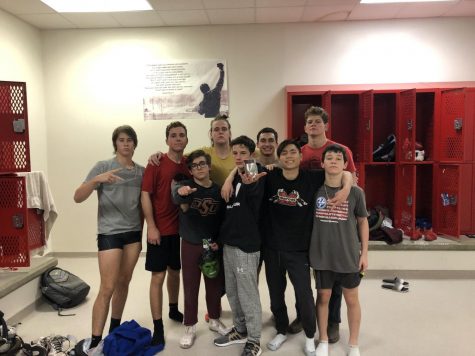 Photo submitted by Aidan Forgay
Members of the wrestling team show off their can of beans after a morning workout. The team practices Tuesday through Thursday from 6 – 7:30 a.m. to get ready for their meets.

Before every wrestling meet, junior Zae McPherson goes to the mat room and does the same warm up routine to get himself loose. Then he goes to the locker room to get his essentials. His shoes, his headgear and, of course, his lucky can of El Paso Refried Beans.

That beat up can is the wrestling team’s good luck charm, and they’ve been sure to bring it to every meet.

“The [other wrestlers] just thought it was funny when I said, ‘Alright guys this is our good luck,’” McPherson said.

It began one day when McPherson was eating his lunch in head wrestling coach Justin Peña’s office when he noticed the bright yellow can of beans. He asked Peña if he could have it to eat later, and Peña agreed without much thought.

McPherson’s hunger passed, so he spent his next period tossing the can around, making the dents even worse and adding a few of his own. He left it in his locker, but when his friends saw it, they decided together to bring the can to all of their tournaments as good luck.

“The minute we decided we were going to take it everywhere everyone was on board instantly,” senior Logan Manuel said.

Besides being good luck for the team, this dented and now label-less can has a second purpose. 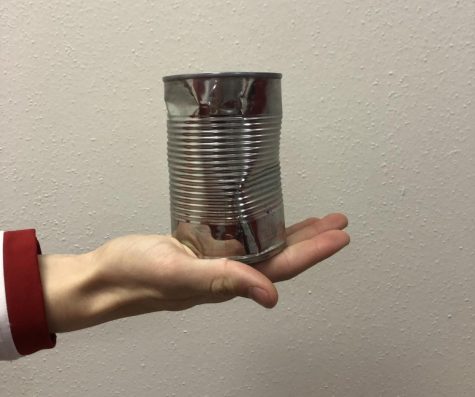 Photo submitted by Aidan Forgay
Boys wrestling had one of their best seasons in years. At the time of writing, the team was 14-5.

“It has just kept things light,” Manuel said. “The nerves before a match are crazy because it’s just you and the other person, so that is super intense. Well now there’s just this random can — you can’t even say it without laughing.”

While Peña recognizes the comedy in the can, he believes their training has led to this year’s great season.

“I like to think their skills are getting better,” Peña said. “If they see this as a comedic relief to their nerves and fear before they wrestle, go for it.”

Even though he doubts the beans’ magical abilities, Peña has won his first trophy in the three seasons since he began. After winning their second trophy from Flower Mound, the team is hopeful to make it to state. Beans must really be the magical fruit.

It’s in the hair 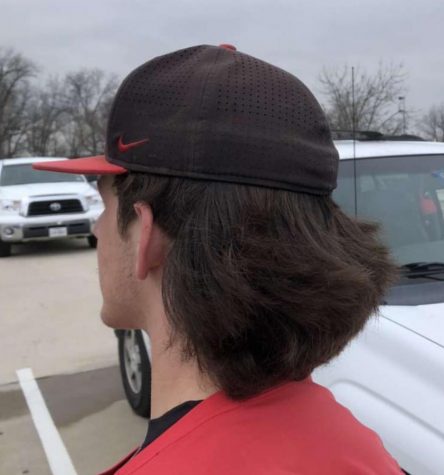 When Senior Benny Roebuck moved to Texas, he expected everything to be bigger than in his home state of Ohio. When he got here, things were not as different as he had thought. He was looking forward to joining a new baseball team, but he didn’t expect them to all be wearing mullets.

“In Ohio we didn’t really have a look, everyone just did their own thing,” Roebuck said. “I think it’s cool that everyone has a look, like they all want to do the mullets.”

This tradition began when the 2017-18 varsity baseball team all decided to get mullet cuts at the beginning of the season. After they finished their season with 29 wins and only 13 losses, the team decided to keep the tradition. While some players believe it brings them good luck, others just love seeing people’s reaction.

“The first day back is definitely the best part, the funniest part. Everyone just looks at you differently,” senior Sam Hunt said.

Besides setting the players apart in the hallways and on the field, getting the haircuts brings the team closer together.

“It’s fun for us to do, and it solidifies us as a team,” Hunt said. “We play for each other, we don’t play for anyone else.” 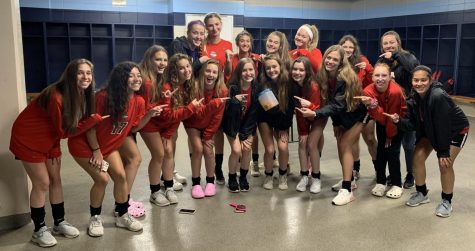 Photo submitted by Sarah Hill
The girls soccer team is currently in season and are 10-1. The team is ranked eighth in the state. Passing down the gummy bear jar at banquet is among many of their traditions. During their banquet, the girls also pass down a band-aid to the player who suffered an injury.

Senior Sarah Hill was lucky enough to inherit one of varsity soccer‘s most precious traditions. At their banquet last year, when the girls reflected on their successes that season, they also passed down to her their most highly honored gift — the jar.

Every year, one girl is chosen to carry around a semi-transparent jar full of gummy bears. At the team’s first game, they all pick a number and a color of gummy bears to eat before every game, like Hill’s two red.

“Everybody eats whatever they choose …You just grab some and they have to be the same as our first game,” Hill said.

According to Hill, there are several other passed down items, but none are taken as seriously as the jar of gummy bears.

“Some people are superstitious about it and they have to get theirs,” Hill said.

This tradition has been part of the team longer than head coach Chad Hobbs, who is in his 10th year at the school.

“If it’s something that can get them in the right frame of mind or take a little bit off and create some levity, then sure, I’m good with that,” Hobbs said.