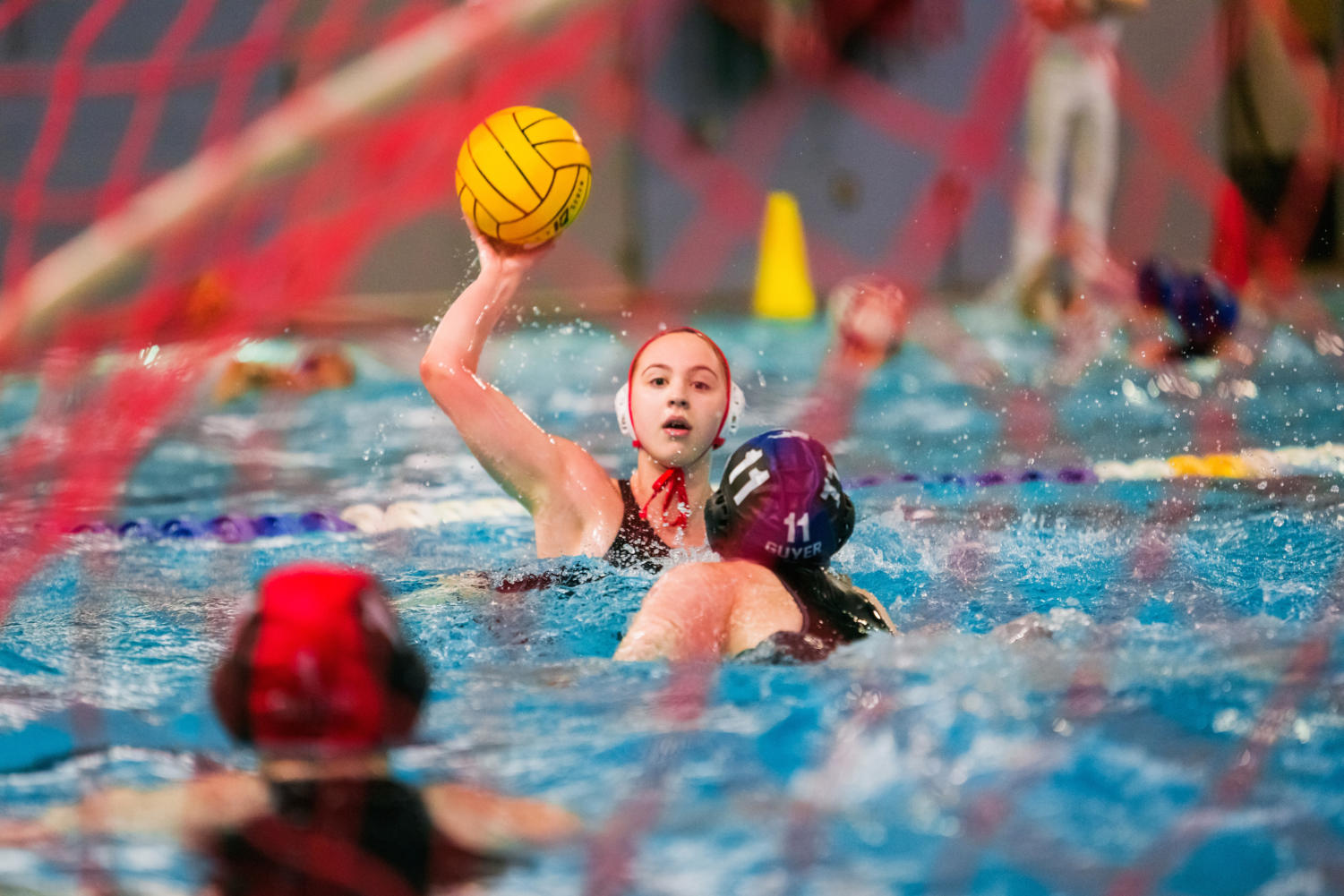 College freshman Kate Askew prepares to shoot the ball in a game against Guyer last season. Askew has taken the skills she has learned in high school and now plays water polo for Austin College. (Submitted by Amber Dion )

College freshman Kate Askew prepares to shoot the ball in a game against Guyer last season. Askew has taken the skills she has learned in high school and now plays water polo for Austin College.

On Oct. 21, the University Interscholastic League board unanimously passed water polo as a UIL pilot program starting in August 2021. This means that the sport will be supervised by the UIL committee for an indefinite amount of time until it is approved for full sanctioning. Water polo is the first sport to be added as a part of UIL in 20 years.

Council members have been advocating for water polo to be added to UIL since 2013, but it failed to pass the 50% board vote threshold needed to declare new sports as UIL eligible. After seven years of trying to get the sport sanctioned, a statewide survey of superintendents indicated that 63 percent of 6A schools supported water polo as UIL.

The Marauder water polo team was established in 2016 by coach Brandon Dion. He started the program as a way to introduce swimmers to a new sport.

“I think it’s been really cool to see everyone get on board,” Dion said. “The first year I came in and pitched the idea, we only had 13 boys and six girls out of the 40 or so Marcus athletes that were participating in swim.”

I think it’s been really cool to see everyone get on board.”

Water polo’s state competitions have been sponsored by Texas Interscholastic Swim Coaches Association (TISCA). When water polo falls under the direction of UIL, the main change is that the state competition will be moved to the fall.

The sport will continue to have its season in the spring until the 2021-2022 school year. Currently, water polo starts in February and the state tournament is in May. However, many spring sports hold their state competitions at similar times, so water polo will instead begin in August and have the state competition in October starting in the fall of 2021.

Since many high school water polo coaches also work with the swim team, the seasons of both swimming and water polo can fluidly mesh together.

“There are some conflicts with swim, but I’m confident we will make it work,” water polo board member and Guyer High School coach Chris Cullen said.

“It will definitely attract kids who may have never considered it,” Cullen said.