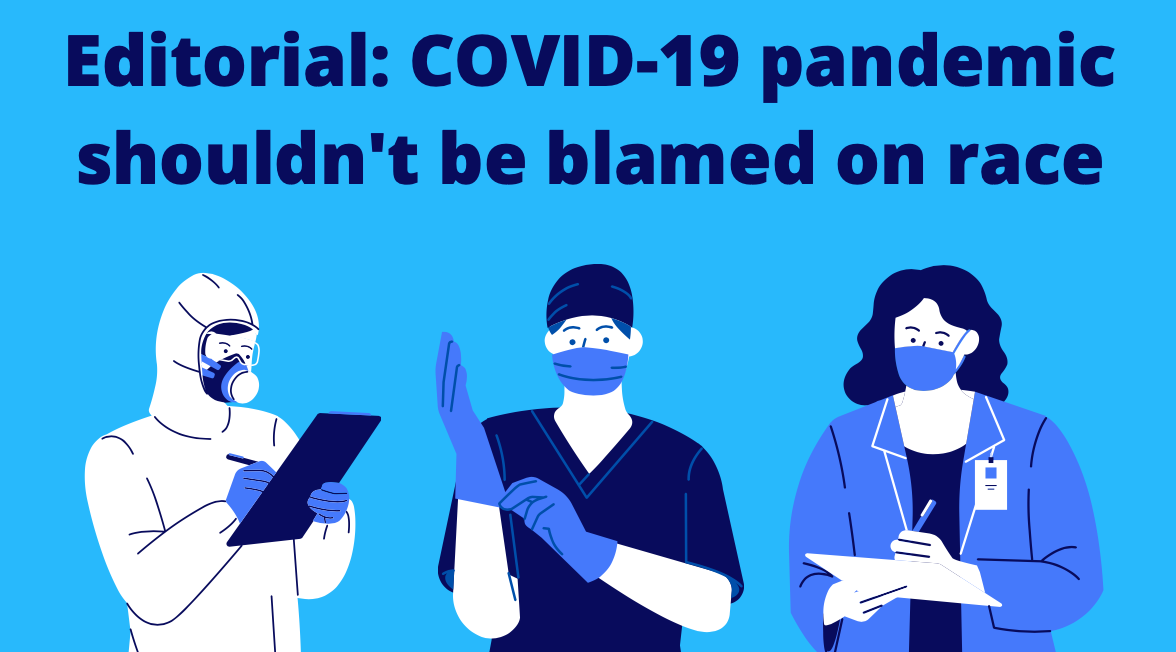 “Sowing seeds of discrimination and racism only divide us as a community. In times like these, we encourage students instead to work to rise above these racists taunts that can hurt fellow students and neighbors.” (Madi Olivier)

“Sowing seeds of discrimination and racism only divide us as a community. In times like these, we encourage students instead to work to rise above these racists taunts that can hurt fellow students and neighbors.”

Ever since the coronavirus entered the United States, it has forced widespread closures and caused drastic changes. With the outbreak affecting life as we know it, some have used the place of origin of the virus as a reason to act racist towards Asian Americans, specifically by using phrases such as the “Chinese virus.” This way of naming viruses has been discouraged by the scientific community because of its tendency to promote racism, and as students we should also stay away from this type of racist language.

Stop AAPI Hate is a forum where the public can report instances of anti-Asian racism. Even though it was started on March 18, the site received over 1,135 reports of racially motivated assault and harassment in the span of two weeks. The FBI has said that they expect hate crimes against Asian Americans to surge with the spread of the coronavirus, which was first seen in Wuhan, China in November of 2019. Asian Americans have reported people yelling slurs at them. They’ve also been spat on and called dirty and disgusting. Earlier this month, an Asian American woman in Brooklyn was taking out her trash when someone poured acid on her. Officials are treating the incident as a hate crime. In Midland, Texas, a man is facing an FBI hate crime charge after stabbing three members of an Asian American family of four, two of the victims being children aged 2 and 6, that same week. Even Asian American students on campus have been at the receiving end of racist comments from their classmates because of the disease.

The idea that Asian Americans, specifically those who originate from East Asia, are to blame for coronavirus has been fueled in part by the media. In early March, the New York Post tweeted about a woman from Manhattan who contracted the virus from Iran. However, the Post used a picture of an Asian man in the tweet. Furthermore, the picture was taken in Flushing, Queens, a predominantly Asian neighborhood in New York City. The Post faced backlash from Twitter users and New York politicians, and the news organization has since deleted the tweet. Many political figures, including the president, have also used names for the disease that point fingers back to Chinese Americans, such as the “Wuhan virus” and “Chinese virus.” A White House official even referred to COVID-19 as the “Kung-flu.”

…blaming Asian Americans for this crisis has no logical basis. It also furthers the long-standing stereotype that Asians are ‘dirty’ and ‘diseased…’”

These media outlets spread the belief that China and Asian Americans are to blame for the disease, and Americans will be influenced by what these outlets say. Young people our age, especially, are more impressionable and may see that if public figures use these racist terms freely, it’s acceptable for them to throw at their Asian American peers.

Some people have argued that it’s only fair to name the disease after its origin because the Spanish flu, Ebola, Zika and West Nile were named the same way. Naming the diseases after where it was first found has been common practice for decades. However, in recent years the World Health Organization has spoken against naming diseases after geographical locations because of the danger of racist reprisals.

In fact, both the WHO and UNESCO have warned against calling the coronavirus the “Wuhan virus” or “China virus.”

We’re stuck at home and not able to go out in public freely or be able to see our friends. And with a possibility of prom and graduation being canceled, it’s only natural that we want someone to blame for our situation. However, blaming Asian Americans for this crisis has no logical basis. It also furthers the long-standing stereotype that Asians are “dirty” and “diseased,” sentiments that have existed in this country stretching as far back as the 19th century, when Asian immigration first became more common.

Sowing seeds of discrimination and racism only divide us as a community. In times like these, we encourage students instead to work to rise above these racists taunts that can hurt fellow students and neighbors.