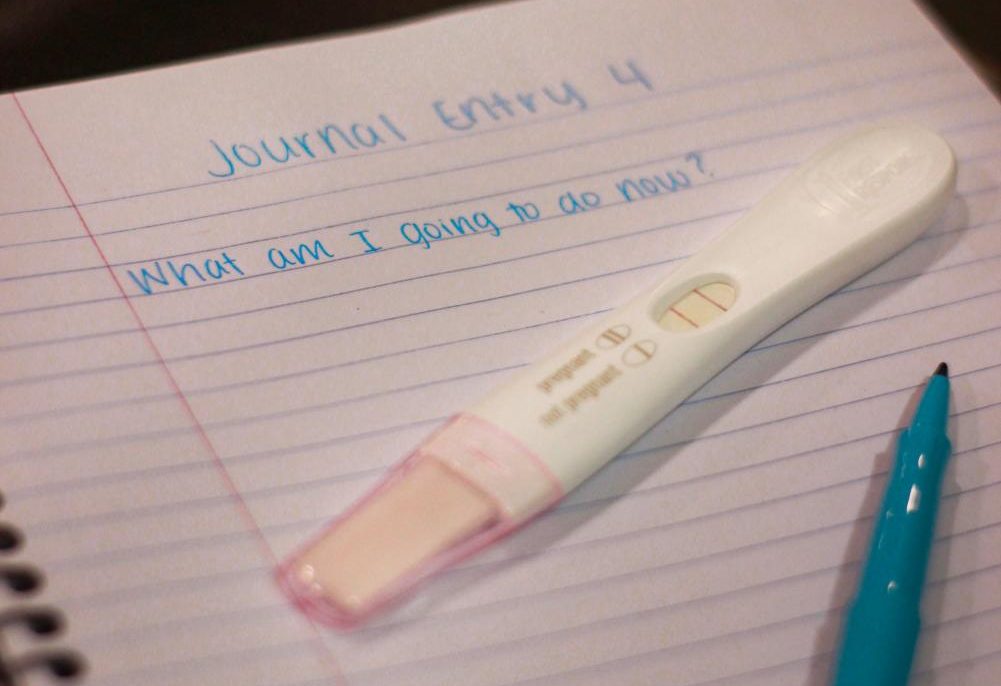 According to the CDC, Texas had the 7th highest teen birth rate in the United States in 2018. The main reason for the state’s high population of teen parents is up for debate. (Kaitlyn Hughes)

According to the CDC, Texas had the 7th highest teen birth rate in the United States in 2018. The main reason for the state’s high population of teen parents is up for debate.

Editor’s note: This story was a part of the in-depth package of our Jan. 31, 2020 issue, which was named as an honorable mention for online in-depth news/feature package in the ILPC contest.

Even though the teen pregnancy rate has declined in the past 25 years, Texas had the seventh highest teenage birth rate in the United States in 2018, according to the CDC. Only Mississippi, Louisiana, Kentucky, West Virginia, Oklahoma and Arkansas surpassed Texas’s rate of 25.3 births per 1,000 females who are 15 to 19 years old.

The cause of Texas’ high birth rate compared to other states is up for debate. Potential causes include lack of sex ed, church and parental involvement and poverty.

Some groups credit the high teenage birth rate in Texas to the state’s quality of sex education. Texas is one of 26 states that does not require public schools to teach sex ed. However, any schools that decide to do so are required by state law to emphasize abstinence until marriage and don’t need to provide information about contraception.

According to the Texas Campaign to Prevent Teen Pregnancy Director of Policy and Data Jennifer Biundo, research has shown that sex ed has many benefits, including the prevention of teen pregnancies. Some students, like senior Nathaniel Fika, agree with Biundo on the relationship between sex ed and pregnancy.

“What can be done to decrease that is properly teaching how to have safe sex, protection, what to do and what not to do,” Fika said. 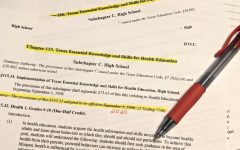 Marcus 2008 graduate Alyssa Helbig never discussed sex ed or contraceptives in school or at home, so she didn’t know much about different forms of protection. Two months into her first year of college, she found herself pregnant after having sex for the first time.

“It was scary. You don’t really expect that to happen to you because you are never going to be one of those people,” Helbig said. “I remember during the end of my pregnancy I was in bed, wanting to sleep all the time and crying all the time and not really wanting to do anything.”

Helbig believes that schools should teach more than abstinence. As a parent, she says that she wants her son to be educated on the options available to him.

“I think no matter what, if you introduce it in a school or not in the school, there’s going to be those handful of people who are going to want to experiment anyways,” Helbig said. “I think if you are talking more freely about it, then there might be a lower percent of teen pregnancies because that way they’re educated in what not to do or what to do.”

On the other side of the debate, many parent-formed groups, including Concerned Parents of Texas, suggest that increased sex ed will lead to more teens having sex, putting themselves at risk of getting pregnant.

Some students suggest that lack of parental involvement plays a role in teen pregnancies. Senior Shalina Sabih believes that when parents don’t discuss the potential consequences of unsafe sex, they are putting their kids at risk.

“I believe that if children open up to their parents, it would also help out,” Sabih said. “I also feel like parents shouldn’t be as judgmental.”

Similarly, parent-based groups like Texas Values suggest that parents should be the primary educators of sex ed. They have also advocated for increased church involvement in teen pregnancy.

“Churches need to be more involved as well to teach those they influence about God’s design for sex and the biblical purposes and beauty of sexual relationships between husbands and wives,” Fedrick stated.

Major religious institutions have recently become more involved in sex ed and teen pregnancy prevention. The United Church of Christ now offers sex ed curriculums for Kindergarteners through adults, as well as one focused on HIV and AIDS awareness.

Senior Kristine Chersey believes combining religion and teen pregnancy can have both positive and negative effects.

“On one hand, it can promote abstinence and circumvent teen pregnancy,” Chersey said. “On the other hand, if someone doesn’t identify strongly with their religious institution, it can add a sort of external pressure when given the choice to have sex.”

Teen pregnancy levels are also strongly linked to poverty, with low income teens more likely to get pregnant. About 52 percent of all mothers on welfare had their first child as a teenager, according to the group Fact Forward. Although there are many factors involved, the lack of education and healthcare are often considered to be the biggest reasons for the relationship between poverty and teen pregnancy.

“Teens are more likely to get pregnant if they are on the poverty line because they do not have money to buy things such as condoms or be put on birth control,” Sabih said.

Additionally, pregnant teens are more likely to drop out of school and accept a low paying job to support their baby, possibly putting them in danger of poverty in the future.

“If one isn’t inspired to push themself further along in college or career path, for example, due to a lack of resources such as money, they can be more compelled to or be more fulfilled by having children early on,” Chersey said.

In 2017, teen births were four times the national average in some Dallas ZIP codes, according to the Dallas Morning News. This contributed to the city’s 38 percent childhood poverty rate at the time, which was the highest rate of any city with more than 1 million residents.

“We have to look at poverty as a generational issue,” former Dallas Mayor Mike Rawlings told KERA News. “So if we want to deal with it in the next generation, we’ve got to stop babies having babies, and so that’s why it’s important to the city strategically.”