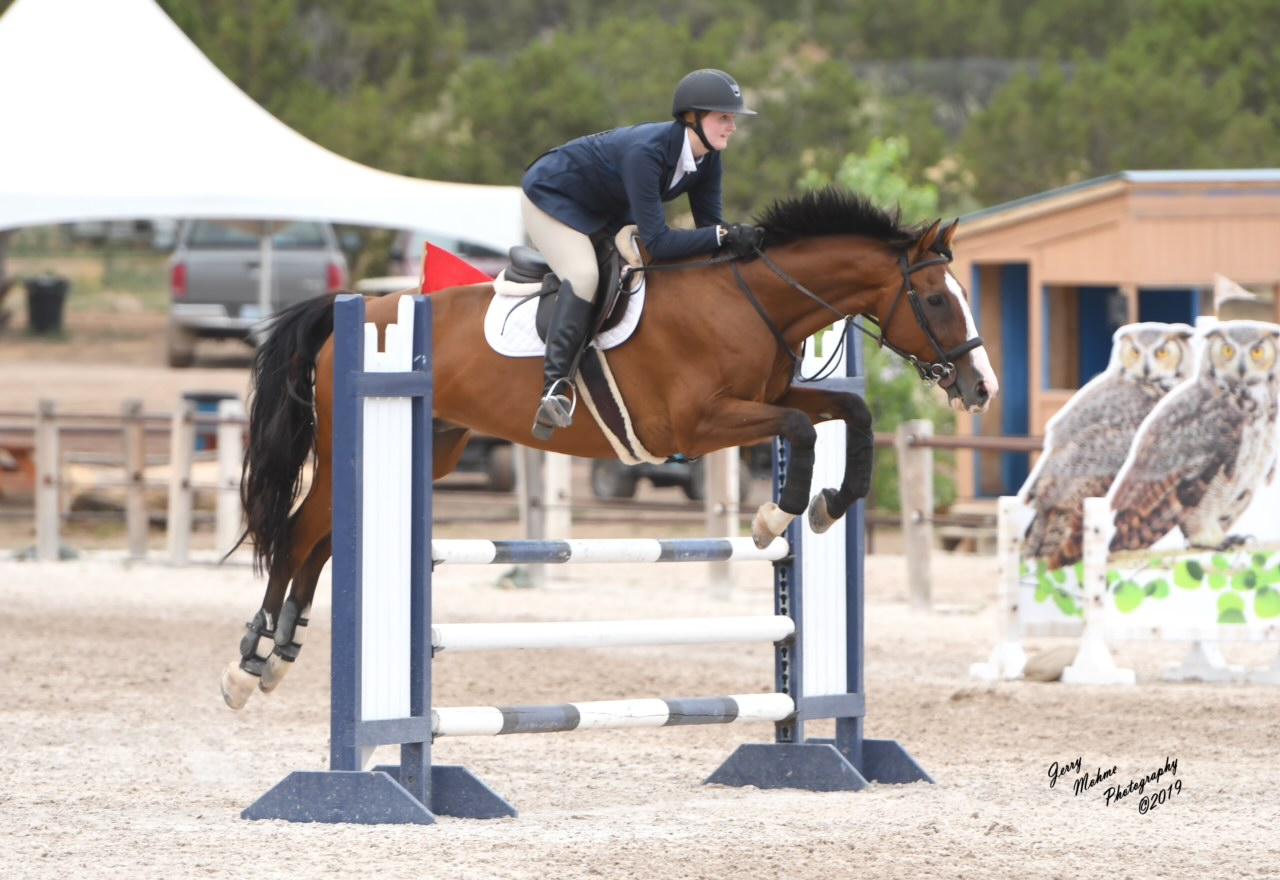 Senior Ashleigh Jooste guides her horse, Max, over a jump at a 2019 competition. She plans to study to become a large animal vet in the future. (Photo submitted by Ashleigh Jooste)

Senior Ashleigh Jooste guides her horse, Max, over a jump at a 2019 competition. She plans to study to become a large animal vet in the future.

Over hurdles and fences

The Bridlewood stables were filled with horses. Senior Ashleigh Jooste, then 10, held on as her horse jumped over a fence in the ring. But she suddenly realized her body wasn’t in the right position, causing her to fall off.

Jooste had been riding for a year and was thrown off before. A week earlier, she thought she’d broken her collarbone after falling. Her mom had taken her to the hospital, but x-rays showed no injury.

Jooste was in pain and didn’t want to get back on her horse, but her trainer told her to fix her mistakes.

Jooste reluctantly got back on. A few minutes later, she was thrown off again, but this time she thought her clavicle was broken. She tossed and turned in the middle of the night, hurting from her falls. Her mom was reluctant to take her for another x-ray, but the pain shooting through Jooste was too much to ignore.

The x-rays showed a fracture, so she spent the next three months in a sling without riding. Although she was thrown off, Jooste couldn’t wait to get back to the horses.

Jooste had her first lesson when she was 4, but it wasn’t until the fifth grade that her love for the sport began to grow as she transitioned into competitions.

It was obvious to Jooste’s parents that she loved horseback riding and the connections she built with the horses.

“As a little child, she could not wait to get on horses, and she was so happy,” Jooste’s dad, Adriaan Jooste said. “She had a big smile on her face.”

She began riding Ringo, an auburn Appendix, a breed known for being both race and show horses. Ringo had previous competition training but was working full-time as a lesson horse, so he wasn’t being ridden competitively. He could jump, so trainers paired him with Jooste, who soon began competing. 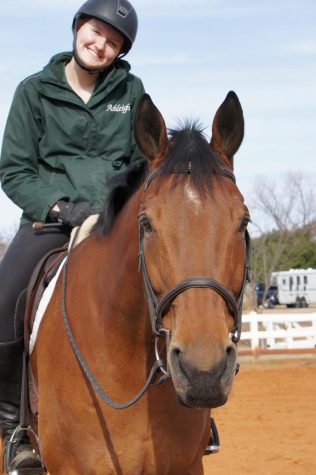 “Having the gratification of having a good show round at a horse show or just having a good ride or something that makes you feel good, that is kind of addicting,” Jooste said.

She spent countless hours brushing the dust off of her horses, scraping dirt out of their hooves and feeding them treats. Jooste quickly began racking up championship ribbons and medals.

However, after five years, she realized she could not progress with Ringo. He was nervous and the trust wasn’t there, so she  had to find a new horse at the end of her sophomore year.

“He would spook a lot and he would decide… that he would just not want to jump,” Jooste said. “I wasn’t showing in a division that was fit for my abilities… because at the end of our partnership, we were holding back.”

Jooste found Stella, a tall, white horse. She was bigger than Ringo, and the pair did better at competitions. The two instantly connected, but Stella began limping and could not ride after a year. It took a month for doctors to figure out that she had a tendon injury and needed surgery.

“The hardest part was just because we didn’t know what it was,” Jooste said.

With only a couple of weeks before her big show in Santa Fe in July, Jooste had no horse to ride.

Her trainer frantically called everyone she knew, asking for a big horse that could jump. They found Max, a brown 16-year-old horse whose owner was in college and no longer riding him.

Jooste and Max competed in the jumper division, where riders are placed based on their speed instead of their form. It was a change, but Jooste knew he was right for her after two rides.

“As soon as I got on him for the first time, it was way different than what I was used to, but it felt comfortable,” Jooste said. “It just fit which was really lucky because that doesn’t happen very often on such short notice.”

The sun was shining and nerves were high at the Santa Fe Summer Show Series in New Mexico. Jooste held Max’s reins, waiting to ride.

He was trailered out to Santa Fe a few days earlier to get used to the altitude change, so the pair only practiced riding together twice. Now it was up to Max to keep her safe. She had to trust him.

“He knew so much more what he was doing than I did,” Jooste said. “He just carted me around, showed me what to do. I kind of hung on.”

They jumped over eleven 4 foot 11 inch fences without knocking any over and finished with the goal time of under 82 seconds. They qualified for a second round, a feat for their first competition.

Without leaving the ring, Jooste and Max did six more complicated jumps, aiming for under 42 seconds.

Her trainer met them outside of the ring with peppermints, Max’s favorite snack. Jooste could feel trust starting to form, and by the end of their two weeks in Santa Fe, Jooste and Max placed third for a performance scholarship.

“Once you realize that you’re trying to work together to achieve something, that’s when everything finally clicks,” Jooste said.

Jooste leased Max for Santa Fe, so they had to return him to his previous owner, leaving her without a permanent horse to compete with. 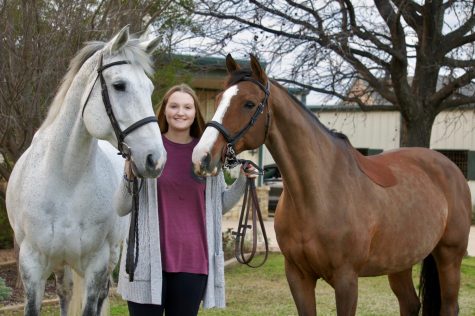 Photo submitted by Ashleigh Jooste
After Stella became injured, senior Ashleigh Jooste’s family found Max and brought him to the stables in December.

In early November, Max’s owner contacted Jooste’s trainer. She didn’t have time to take care of him and was looking to find Max a new home for the time being.

When Jooste got the news, she was ecstatic and relieved to know that she would have a horse to show at competitions.

“It was also nice to see that she noticed that [Max] was happy and that our rides had been successful enough,” Jooste said. “We’re actually a good pair.”

Max arrived at the Bridlewood Stables in early December to train with Jooste while Stella recovers.

Though each of her horses stand out, Jooste’s most defining moments have been with Max. Their relationship has helped Jooste develop as an equestrian.

“Every time you get on a horse, you’re putting your life at risk. It’s not something to joke about, but also it’s something that’s incredibly fun and rewarding,” Jooste said.  “Especially with Max… it’s okay if we mess up because we’ve built up that relationship and that trust.”