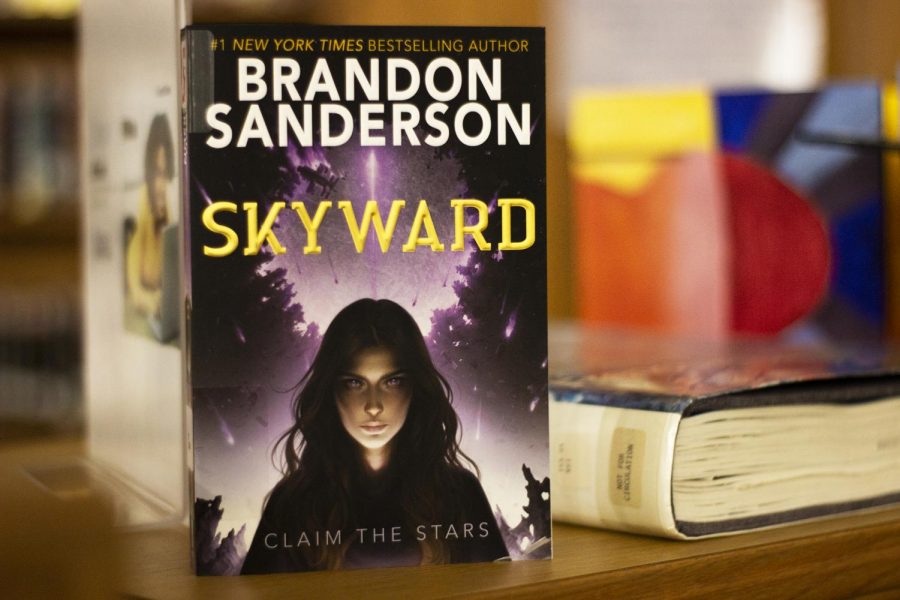 Since I’m a virtual student and have spent the last two months mostly inside my house (I haven’t seen my friends in months, lol), I’ve had plenty of time to read books lately. Some of them I loved, some of them not so much. These are my thoughts about the ones that really stuck with me:

I’ve been in love with Jerry Spinelli’s writing since reading “Stargirl” in fifth grade. After rereading it during quarantine, I downloaded the “Loser” ebook and adored it.

It follows Donald Zinkoff, who sticks out so much from his peers that he doesn’t even realize it. He laughs long and hard at ordinary words he thinks are funny. He can’t sit still in class to save his life. He loves school passionately, even though he’s mediocre at every subject.

As Zinkoff moves from first to sixth grade, he never changes. But as his classmates get older, they start to really notice Zinkoff’s oddities — the way he stinks at sports, the way he’s always raising his hand in class but never has the right answer— anything and everything about him. They label Zinkoff a loser.

However, throughout the book, Zinkoff remains blissfully unaware.

As with every Spinelli book, the writing was absolutely brilliant. I found myself wishing I could highlight every sentence.

I loved Donald Zinkoff dearly and my heart hurt for him until I realized that he wasn’t bothered by his classmates’ taunting at all. I think Spinelli taught readers a more profound lesson about individuality by doing things this way than if he had written a part where Zinkoff’s classmates all realized that they were wrong for bullying him and accepted him into their social fold.
One thing I really wanted to see, however, was more structure in the story. I think a stronger plot where all the events were tied together would have been beneficial. Instead, it was kind of structured like a “Zinkoff Goes to Field Day” or “Zinkoff Makes a Friend” short story collection. Besides that, however, this was a very refreshing read.

“Skyward” takes place in the distant future, when the remnant of mankind has been driven to the barren planet Detritus by enemy aliens. They’re trapped on the planet, most of them forced to live underground by mysterious alien starfighters who attack them regularly.

The main character, Spensa, is 17 and wants to be a pilot, or one of the heroes who dare to venture above Detritus’ surface and fight back against the aliens. But there’s one big thing holding her back from achieving this. When Spensa was little, her father, who was a pilot, allegedly deserted his team during battle and was killed in reprimand. Spensa was branded the daughter of a coward for life.

As she embarks on her journey to become a pilot, Spensa’s hit hard with the fact that her reputation has been tarnished by her father’s — she has to prove that she’s brave enough to make it to the stars.

This book was amazing. There’s no other word for it. I literally didn’t put it down unless my family members told me it was time to stop. I loved the characters so much, especially Spensa. She’s truly one of the bravest, strongest characters I’ve ever read about. And a lot of her bravado is actually done out of her fear of seeming cowardly. I love how she had to learn that being scared doesn’t make you a coward — it makes you human.

The friends she makes are awesome, and I was genuinely heartbroken when some of the characters started to die in battle. But while there are serious themes here, the book is hilarious, and not in a way that made the funny parts awkwardly try to distract from the more heavier parts of the story. I actually laughed out loud a lot. Excellent world-building. Unpredictable plot twists. A genuine story. I’m reading the second book, “Starsight,” right now and I’m not disappointed. I would only recommend reading this in small doses to prevent becoming completely immersed in it like I was.

“A French Girl in New York” by Anna Adams

Content Warnings: Some language. The main character is mistreated by her foster parents.

“A French Girl in New York” is a contemporary young adult book about Maude Laurent, a 16-year-old orphan who lives in Northern France. She loves music (especially the piano) and has a great voice. But she’s abused by her foster family and taunted by her classmates, so her talent goes unnoticed. However, one day on a class field trip to Paris, she’s discovered by an American music producer who invites her to live with his family in New York while she crafts her first pop album. The story is about the relationships she forms and the self-discovery she undergoes in the Big Apple.

I would like to begin by saying that I didn’t go into this expecting it to be the next Great American Novel. I don’t even usually read this genre. I only read “A French Girl in New York” because it was free on iBooks.

But I found the story kind of lazy, possibly because I’ve read a lot of really good books. Whatever the case, I think this ended up being a waste of valuable reading time.

Adams’ writing style was beautiful sometimes, but she info-dumped a lot. She would introduce a new character and tell us everything we needed to know about them in one paragraph, so there was little room to intimately get to know the characters — they remained 2D archetypes throughout the story.

Also, there were so many clichés here — the “fish out of water” new girl, the suave teenage heartthrob she inevitably falls for, the blonde mean girl who tries to make her life miserable for no real reason…it all added up for a very predictable book. And while we were supposed to root for Maude, I really didn’t like her. She was under the impression that the world revolved around her, and everyone else seemed to think so too.

If you dig Hallmark movies, or if this kind of story is what you usually like, you might enjoy it. A lot of people on Goodreads did, actually. But it just wasn’t for me.

But in spite of all of the book’s flaws, it’s evident that Adams is a good writer. Her prose sounded nice at times, and despite my lack of investment in the characters, I found myself faintly caring about what happened to them. I laughed sometimes, too. I just think what Adams needed was stronger editing and a more thought-out plot. But sadly, since the second book in the series isn’t free on iBooks, I’ll never know if things got better.

“Book of a Thousand Days” by Shannon Hale

“Book of a Thousand Days” is a retelling of the Grimm fairytale “Maid Maleen”, but set in medieval Mongolia. Written like a diary, it follows teenage Dashti, the maid to the beautiful Lady Saren. Upon their first meeting, Saren, panicking, makes Dashti promise that she will stay by her side, no matter what. Frazzled, Dashti promises.

Only minutes later, Saren is locked up in a tower after she refuses to marry the man her father has picked out for her. She won’t be let out either until seven years are up, or until she agrees to marry the man she fears. Dashti, true to her promise, is locked in with her.

Just like that, Dashti’s only link to the outside world is a small flap on the side of the tower.

Dashti does her best to stay optimistic and resourceful, but problems like claustrophobia and their slowly diminishing food supply become more and more real. She decides that she and her lady need to break free.

I’m just going to go ahead and get the “I love the main character so much it hurts” part out of the way: Dashti’s perseverance was inspiring. She earnestly tried to do the right thing in every situation, and she never (ever!) left Saren’s side.

The way Hale described Saren’s path from fear to quiet courage was heartfelt, and I loved the way so many stories were intertwined here. The book’s ending was satisfying and sweet — Dashti got everything I think she deserved.

“Book of a Thousand Days” deals with themes of grief and endurance in a beautiful way. It was everything I expected from a Shannon Hale book and more.