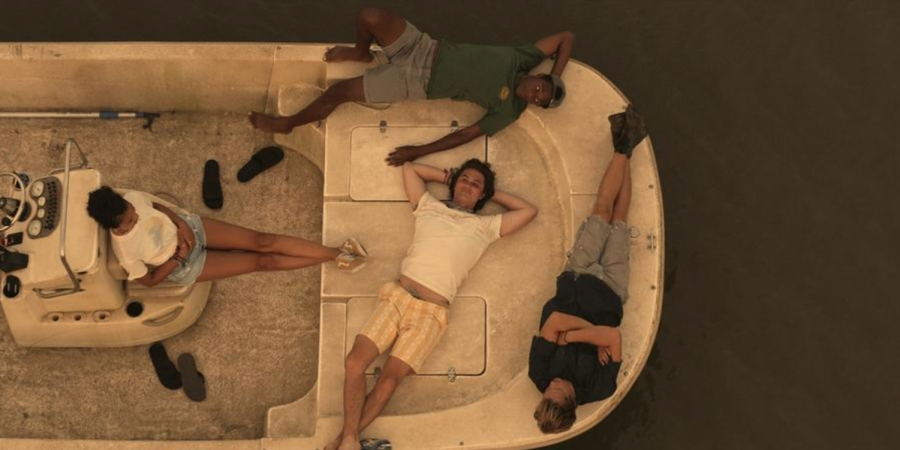 The first season of “Outer Banks” was released on Netflix on April 15 and has already become one of the top three most watched TV shows in the U.S. on the platform. The show, which has 10 episodes, follows the life of teenager John B. and his three best friends — Kiara, JJ and Pope — as they search for $400 million worth of gold that went down with a legendary shipwreck. John B. also tries to find his father, whose disappearance seems connected to the shipwreck.

At first, the show seems like it’s just another teen drama like “Riverdale,” but this time it’s set on a beach. While it does have a lot of the characteristics of such TV series, including actors way beyond their teenage years, somewhat predictable romantic story lines and crime bubbling beneath the surface of a small island, it becomes obvious halfway through the first episode that this show has true potential because of its addicting plot and emotional real world value.

A large part of what makes “Outer Banks” special is the fact that the show manages to include so many different story lines without any obvious plot holes or confusing filler episodes overloaded with information. The main focus of the show is the characters’ search for the money, shipwreck and John B.’s dad. However, it also spends time exploring John B.’s fight to avoid foster care, romantic woes between characters, various disappearances, mysterious murders and more. Just enough screen time is devoted to each story line to ensure that they are all given the means necessary to provide drama while seamlessly working together. When paired with the excellent acting, spending time analyzing the issues and personal reflections of each character humanizes them to watchers, who begin to view them as real people. This makes the main characters almost impossible to not love and care for, so watchers can become truly invested in their lives.

When broken down into episodes rather than an entire season, the various issues being discussed in one series keeps it interesting and fast-paced. What makes “Outer Banks” so interesting is the fact that it includes countless twists that are nearly impossible to predict, so watchers never know what’s coming next. When combined with the fact that every episode ends on a huge cliffhanger, “Outer Banks” becomes so addicting that it’s easy to accidentally binge watch in one night, which is likely the biggest reason that the show gained a massive fan base so quickly.

While the unpredictability of “Outer Banks” is what makes the show so difficult to put on pause, it manages to find a balance in this fast paced drama to slow down and shine a light on real world issues, specifically the harsh reality of social classes. The show takes place on the island of Outer Banks off of North Carolina, which is split into two  groups — the upper class, or the “Kooks,” and the working class, or the “Pogues,” which includes John B. and his friends.

A rivalry exists between the Kooks and the Pogues, which is seen from the first few minutes of the pilot. John B. tells watchers that the Kooks often view the Pogues as good for nothing except cleaning their boats or mowing their lawns. On the other hand, John B. explains that the Pogues often view the Kooks as snobby and selfish. This causes the social classes to often collide on the island, resulting in violent encounters between characters.

The disparity between the two groups is made obvious in almost every way possible in “Outer Banks.” As far as costumes go, the Kooks wear colorful, high end clothing while the Pogues’ outfits are often neutral colored and worn. The setting includes clean mansions and manicured lawns for the Kooks and small, weather-beaten houses for the Pogues. The characters of each social group even use different phrases when speaking to one another.

The differences between the Kooks and the Pogues, as well as the violent confrontations that often occur between them, reflect the class issues that are prevalent in the real world and often go without discussion. The fictitious groups on the small island of Outer Banks are a symbol of what is the reality for the entire nation and the hardships those in lower classes must face. The discussion of what is often a taboo subject makes “Outer Banks” more than just another teen show. By finding a necessary balance between unrealistic drama and real world issues, the show takes its huge platform to do more than entertain and instead become a voice for those in the lower social class that often don’t have their own.

The final episode ends on a major cliffhanger with many questions left unanswered, but Netflix has not officially announced the show’s renewal for a second season. However, showrunner Jonas Pate told USA Today that he is writing season two while in quarantine and envisions “Outer Banks” as a four season series.

While the future of “Outer Banks” is still unknown, it’s a great show for almost anybody, whether they are looking for a series full of twists that they can’t predict, characters and plot lines that are truly captivating or deeper meanings behind each episode.