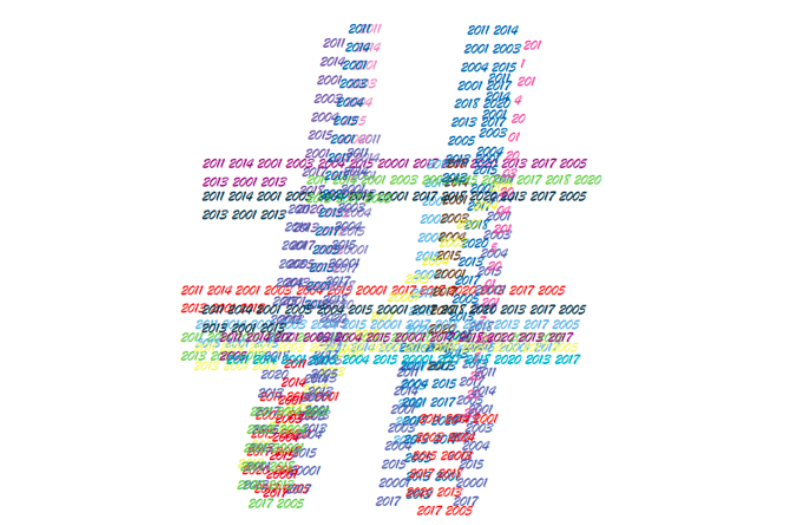 Many mass shootings occurred in the 2010s. #26Angels was created in remembrance of the 26 victims of the Sandy Hook Elementary School shooting in Newtown, Connecticut in 2012. Parents and members of the community formed Sandy Hook Promise, a non-profit aiming to spread awareness of gun control and how to recognize signs of a mass shooting before it happens.

The Black Lives Matter movement was started in 2013 after George Zimmerman was found not guilty of shooting and killing unarmed black teenager Trayvon Martin. The deaths of other unarmed black men by law enforcement, such as Laquan McDonald, Michael Ferguson and Eric Garner, strengthened the movement. Supporters participated in protests around the country against police brutality towards black people, as well as other issues that the black community faces.

The summer of 2014 brought the Ice Bucket Challenge. The challenge, which was started by former college baseball player Pete Frates, raised awareness and funding for ALS research. The trend spread through social media as celebrities poured ice water on themselves along with donating. They then nominated other celebrities, friends and family to do the challenge as well. The challenge raised $220 million by the end of 2014. Frates passed away on Dec. 9 from complications of ALS. He was 34.

In 2015, the Supreme Court passed a law that made same-sex marriage legal in all 50 states. #LoveWins was created by Human Rights Campaign, an LGBT+ activism group. The hashtag was also used by then-President Obama in a tweet.

“Today is a big step in our march toward equality. Gay and lesbian couples now have the right to marry, just like anyone else. #LoveWins,” Obama tweeted.

Members of the LGBT community, celebrities and other public figures used the hashtag to voice their support for the decision.

The Internet was strongly divided mid-decade over the color of a dress. A photo of the dress was posted on Tumblr in 2015. Some saw it as blue and black while others saw the dress as white and gold. The debate over the color sparked new investigations by scientists into how color perception varied across the population. The retailer Roman Originals confirmed the dress to be black and blue.

The Internet collectively facepalmed in 2015 during the Miss Universe pageant. Television personality Steve Harvey announced Ariadna Gutierrez of Colombia as the winner. As Gutierrez was jumping and crying in celebration, Steve Harvey came back on stage, surprising viewers. After a long pause, he said that there was a mistake and that Pia Alonzo Wurtzbach of the Philippines was actually the next Miss Universe. The part that made people cringe the most was when Gutierrez had to give the crown up to Wurtzbach.

At the 2017 Oscars, Faye Dunaway and Warren Beatty, announcers for the Best Picture award, mistakenly announced “La La Land” as the winner when the actual winner was “Moonlight”. However, Dunaway and Beatty did not realize their mistake until after the producers of “La La Land” gave their acceptance speeches. News of the incident spread through social media and many were quick to poke fun at the awkward moment. It was later revealed that the envelopes for Best Actress and Best Picture had been switched up, and the announcers mistakenly read out “La La Land”, whose leading lady Emma Stone had won Best Actress.

While the phrase was first coined in 2006, 2017-2018 was a time when masses of people accused major players in the entertainment industry and other fields of sexual misconduct. Some of the cases were recent, but many victims who came forward spoke of past abuse repeated for years, even decades. Famous examples of accused people include Harvey Weinstein, Kevin Spacey and Matt Lauer.  The movement led to more widespread discussion of sexual harassment.

#NeverAgain was created by students of Marjory Stoneman Douglas High School, where a shooting in the school in early 2018 left 17 dead. Surviving students banded together to create Never Again MSD, a student-led organization advocating for gun control.