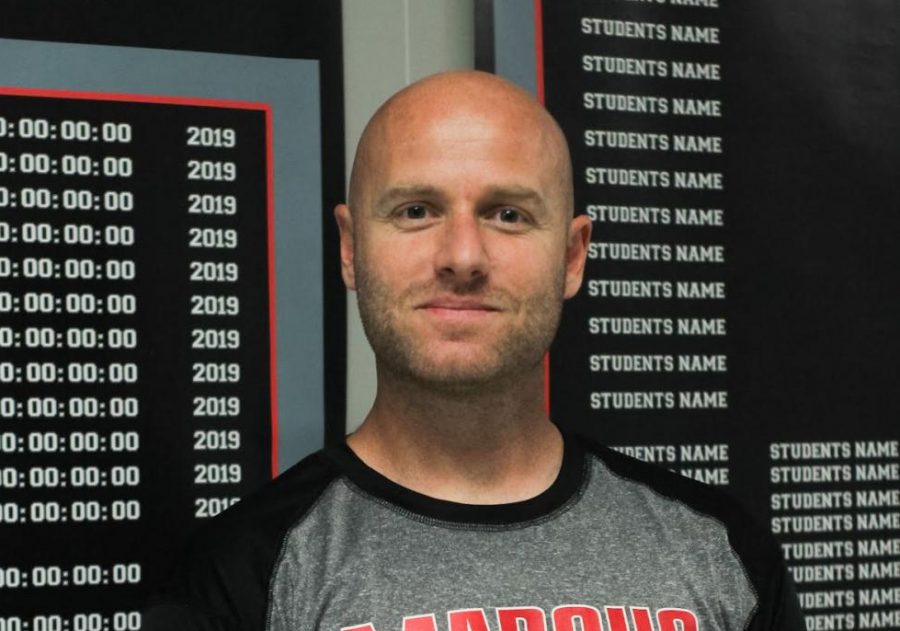 Assistant Cross Country, Track and Field Coach Corey Wales moved from Utah to work with the Marauders. This is his first year with the program.

“He’s been helping me and I’ve been helping him,” Reinberg said. “It’s been a great relationship already, and we’ve only gotten to know each other for really only a couple months now.”

Wales grew up on the soccer field before picking up cross country and track his freshman year of high school and competing as a sprinter in college. He was a head coach for 14 years at several high schools before Reinberg offered him the job.

Wales moved from Utah to Texas 10 days after Reinberg contacted him. Although he had wanted to move to the DFW area for a few years, Wales was motivated to finally do so by the school’s winning legacy.

“I expected to go to a program that probably needed to be rebuilt because that’s usually why there’s an opening,” Wales said.

According to Wales, he and Reinberg have totally different coaching styles. He is more laid back while Reinberg likes structure. However, their two personalities clicked almost instantly, and Wales hopes that this will help the team qualify for the regional and state meets.

“There’s sometimes when you’re coaching, you have to give a kid a statement they might not want to hear, and it’s good to have one of us be on the flip side of the coin to play devil’s advocate for,” Wales said. “Friction creates fire, so it’s good to have a little bit different personalities.”

Senior and varsity cross country runner Josh Clark said that it’s obvious that Reinberg and Wales have a good working relationship.
“It’s like a buddy cop movie,” Clark said. “They definitely enjoy what they do. They love each other… They’re always cracking wise together. It’s super fun.”

However, Wales said his biggest goal as a coach has always been teaching his athletes character on and off the track, which aligned perfectly with the foundation previous Head Coach Steve Telaneus and Reinberg built into the program.

“A big thing is positivity,” Wales said. “That was my first thing I wanted to emphasize. We’ve been going through a lot of negativity right now.”

Clark believes that Wales added to the program’s culture of kindness and respect by encouraging the idea of working for the team as a whole outside of practices and meets.

“It’s not like we’re losing what we had…. it’s not like the team mentality has gone away,” Clark said. “Now it’s just expanded and it’s a new angle that we’re looking at it from.”

Wales said that while it will probably take a full school year for the athletes to get to know him and his coaching style, many of the runners accepted him with open arms.

“I already have a handful of kids that just follow me around and chat me up already,” Wales said. “So it’s good. I’m definitely being welcomed.”