Marauders lose Battle of the Axe 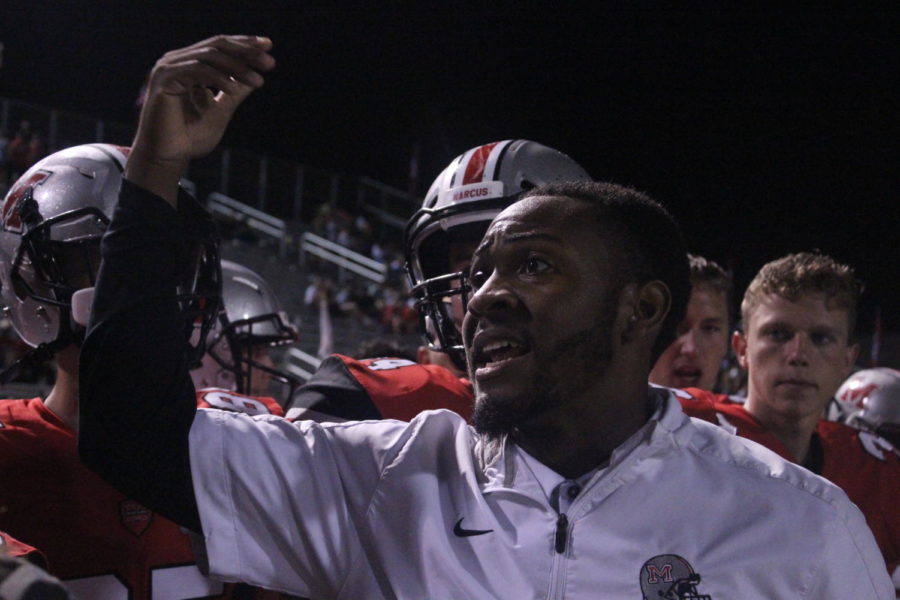 The Marauders lost to their crosstown rivals, the Lewisville Fighting Farmers 17-14 in their last game of the season. The red and silver did not make the playoffs, and finished their season 5-5, ranked fifth in the 6-6A division rankings. Although the loss was not what the team was looking for, it showed massive improvement from the Battle of the Mound game against their other crosstown rival, the Flower Mound Jaguars. The game was characterized by multiple injuries on both sides as both teams fought to win the coveted axe.

Within the first two minutes of the second half, senior linebacker/wide receiver Marcel Brooks scored a touchdown on a 59-yard run, bringing the score to 13-14 heading into the fourth quarter. A 23-yard field goal in the fourth sealed the deal for the Farmers’ victory.

Meanwhile, the red and silver defense held the Farmers to 1.8 yards per carry, and recovered five fumbles, returning one for a touchdown. The defense was able to keep the score close for the majority of the game, with the Marauders ultimately losing by four points.

While their playoff hopes were not realized, the program is looking forward. This is a young team, and while the seniors will be missed, there is a lot of talent reportedly being seen from the juniors and sophomores who are expected to lead the team next year.