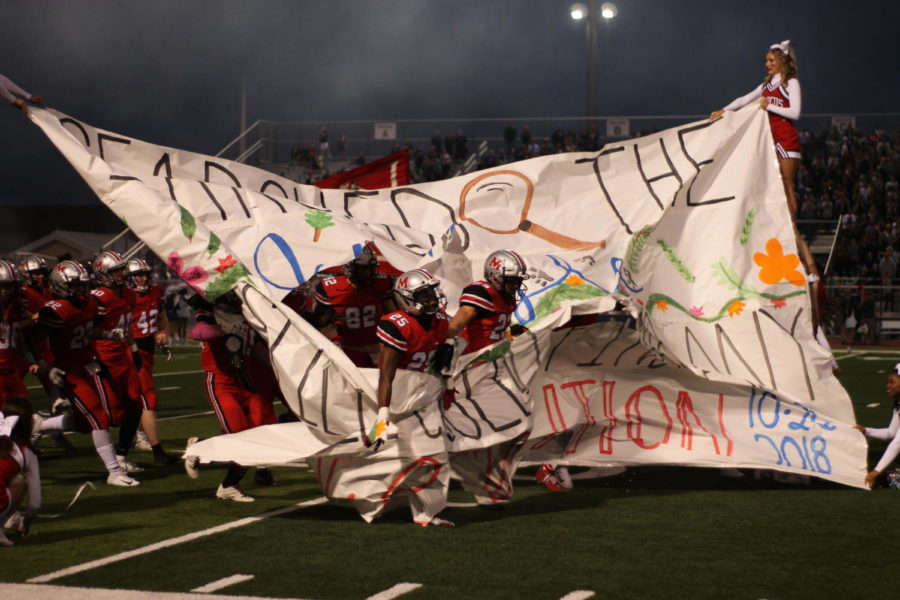 The Marauders continued a three-game losing streak with their 59-21 loss to the Flower Mound Jaguars. They are now ranked in fifth place in the 6-6A district with a record of 4-4. Overall, the Jaguars dominated all four quarters, starting the game off with a lead too big to overcome.

The Jags scored two touchdowns in the first quarter before the Marauders answered with a 75-yard touchdown pass from sophomore quarterback Garrett Nussmeier to senior wide receiver/linebacker Marcel Brooks. The Jags put up another touchdown in the last few minutes of the first, making the score 21-7 Jags, going into the second quarter. The red and silver were scoreless in the second, while the Jags scored three more touchdowns bringing the score to 42-7 at the half.

In the third quarter, the Marauders scored their second touchdown with a 13-yard pass from Nussmeier to junior wide receiver Even Greene. This was answered by another touchdown from the Jags, followed by a 56-yard touchdown pass from Nussmeier to senior wide receiver John Ballard. A Jag field goal brought the score to 52-21 going into the fourth quarter. The red and silver were scoreless in the fourth, while the Jags scored their final touchdown to give them a 38-point lead.

“Nobody expected this to happen,” senior wide receiver Brian Kirwan. “Normally we beat Flower Mound, but tonight was just not a good game, and we’re not happy with it.” 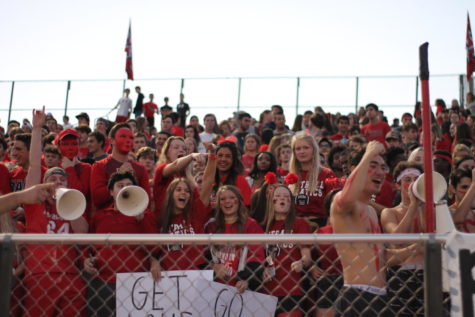 Emily Lundell
The results of the game were shocking to Marauder fans, however the team still has a shot at making the playoffs if they win their final two games. Their next match against Irving MacArthur in an away game on Nov. 1, at 7:00.