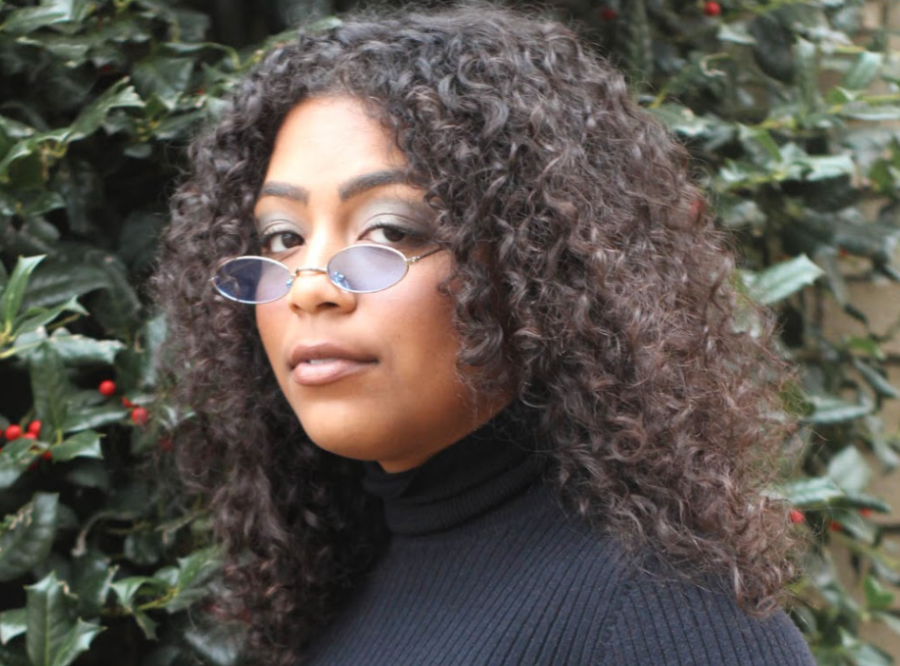 "As I got older and began to understand the world around me, the harsh reality of my impending future became scarier each day. As I continued to see not a single Blindian in positions of power and being successful, my dreams began to feel impossible."

A picture of Kamala Harris’ parents, a Brown woman and Black man, appeared on my TV as I watched the Democratic National Convention. I looked to my mother and father who looked like the couple on the screen, and tears pooled in the corners of my eyes. I wiped them away before anybody could see. My sister’s eyes were glued to the screen, and a small smile spread across her lips.

I gripped my sister’s hand a little tighter and watched as Harris’ story was being told.

Nana and Pawpaw sat rocking in their chairs, humming in approval at the screen. Pawpaw looked at me and smiled.

“She reminds me of you.”

As Harris closed her speech, my family jumped up, cheering. All I could do was sit dumbfounded on the couch, thinking about what had just happened.

On Jan. 20, Harris made history as the first Black and Indian woman to be sworn in as the vice president. She has truly defied all odds and gained a unique spot on a global stage.

Women make up half of this country, but it was only 100 years ago that women even got the right to vote. Harris stepping into this position is huge for women. She has shattered the glass ceiling of old white men in politics.

The sooner we recognize this country’s immense flaws, like the government patriarchy, the sooner we can make strides to combat the injustices that are embedded in America. Harris’ vice presidential victory is a huge step in the right direction.

Additionally, Harris is the first African and Indian American vice president. I’m also a proud Blindian, as I call it.

This caused me to carry a lot of insecurity and self hate, and I never had anybody to talk to. My sister was too young, my parents weren’t biracial and couldn’t understand, and there aren’t many Blindians in the predominantly white area I live in. I felt alone.

A lack of representation also led to feelings of isolation. Being Blindian isn’t common. I never had a powerful Blindian woman to look up to in my favorite shows, movies or even in politics. I never had a chance to see someone like me be successful.

There are so many people and groups to represent, and those of us who are in the hazy territory, overlapping categories are just left forgotten in the margins.

When I was little, I promised my family that I would be the first Blindian President of the United States, and my big dreams still remain. Although this is a sign of passion, it’s sad that I felt forced to be the first. This made me work hard and, at some points in my life, made me feel special; however, the pressure I felt from a lack of representation made me miserable.

As I got older and began to understand the world around me, the harsh reality of my impending future became scarier each day. As I continued to see not a single Blindian in positions of power and being successful, my dreams began to feel impossible.

However, when Harris first came onto the scene as a serious contender in the Presidential election, I finally started to gain back hope. I don’t agree with everything she has done, but she has given me the chance to see myself.

I feel like I can finally release the pressure to be a trailblazer. I want to be as strong, resilient and impactful as Harris for other little Blindian girls to see themselves in and bring them that sense of security and hope. Harris is the reason that I can finally breathe.