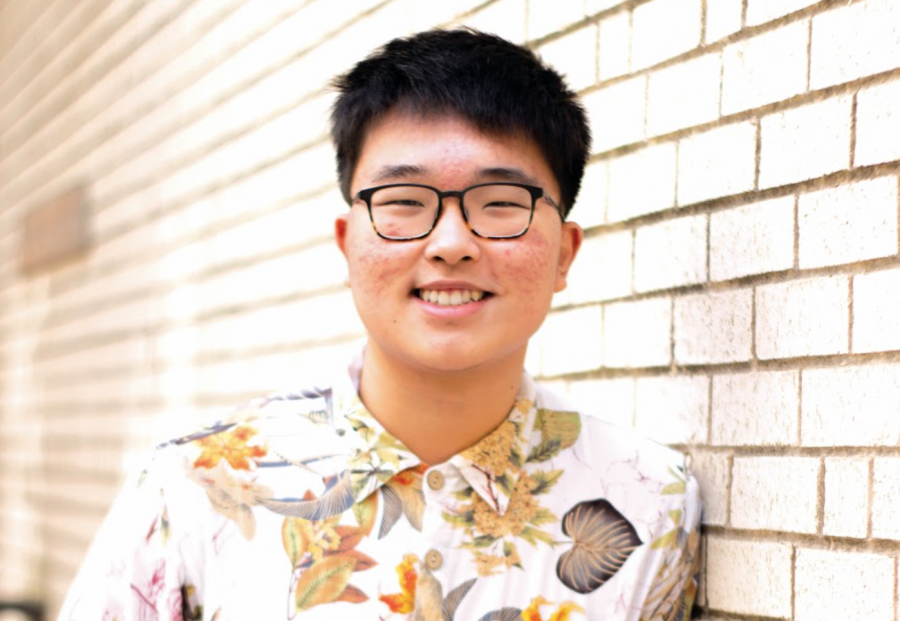 "It was clear why I was targeted. I stuck out because I was Asian and that was that."

Editor’s note: This story was named an excellent personal column in the 2021 TAJE Best of Texas contest. It also won the Dallas Morning News high school journalism contest for commentary and first place for opinion in the Press Women of Texas high school journalism contest before going on to earn honorable mention in the same category at the National Federation of Press Women contest. It also won Tops in Texas and first place for print personal columns in the ILPC contest.

The only reason I got into basketball was because I grew fast early. My 5’4” frame allowed me to dominate the fourth grade playgrounds, but my height gave me something else too. When you’re the tallest and heaviest in the room, no other kids try to make fun of you.

Kids in my class would pull at the ends of their eyes to “look like me,” tap my shoulder to ask me if Kim Johg-un was my uncle, and ask me to do their homework because, as an Asian-American, I must’ve been averaging an 8.0 GPA.

This racism wasn’t limited to random kids in my class; it made its way into my friend groups as well. When I got into the ninth grade I was apart of an all-guy friend group. We referred to ourselves as “the boys” and found homophobic, sexist and racist jokes funny. As one of two minorities in our group, I was the target of a lot of jokes.

I kept my issues with them to myself and pretended everything was fine when we hung out. I didn’t want to incite any conflict with my friends. One of our favorite things to do was to go to the park each weekend to play pickup basketball. One fall day, I confidently suggested we play with a group of juniors.

Going into this, I already knew we were going to lose by 70. I was the tallest of my friend group at 5’10”, but the juniors towered over me. They were all at least six foot and some bulky-looking dudes.

Unsurprisingly, a couple points into the game, my team was already getting smacked. It was like watching a basketball game between a third grade elementary school and fully grown adults.
Twice, one of us shot and missed the basket, the backboard, the rim and the net. It went over the entire thing.

This began the trash talk.

I’m absolutely fine with trash talk. They’re allowed to make fun of us when we miss shots and we’re down by a thousand. However, further into the game, I was receiving the huge majority of it. I was playing badly, but honestly, my friends were playing worse. Why was I only getting the insults based on how I was playing?

Early on, I was called Yao Ming and Jeremy Lin, but I was expecting that from the jump. As the only Asian representation in the NBA, it was very low-hanging fruit. It was something I was used to, so I wasn’t bothered by it. I actually love those two players and even own a Jeremy Lin shirt.

However, it escalated. I missed a couple more shots and one of the juniors told me to open my eyes a little more.

We were now down by 12, and the ball got passed to me.

“Ching-Chong make a shot,” one of the juniors said.

I took a long pause after that. I was confused. My friends were laughing. Actually, everyone was laughing. I didn’t know why this was funny to them.

I realized that this shouldn’t have been surprising to me. We were “the boys.” This was my friends’ version of comedy. For the entirety of my friendship with them, they had made fun of every minority possible. They’d make jokes about different races, women, the LGBTQ+ community and people with disabilities, all for the sake of “dark humor.”

The game continued. It didn’t matter to me anymore. We lost by 15. I went home.

More importantly, the incident made me realize why my friends didn’t choose to defend me and laughed instead. After all, they were the ones who treated me badly first.

“Of course you can’t see with your Asian eyes.”

But in an 80 percent White town, none of them got this same treatment I got for just existing.

Over time, I slowly stopped being friends with them. It was difficult. Even after they dedicated so much time making fun of me, they were still my friends, so I was hesitant to end our friendship. I tried talking to them about how I felt. But after I exhausted every option, it was clear it wasn’t working.

In the end, I didn’t want to put myself in a situation where I wasn’t treated with respect. Now I have different friends. Now I’m defined by who I am, allowing me to be more than a Asian punchline.