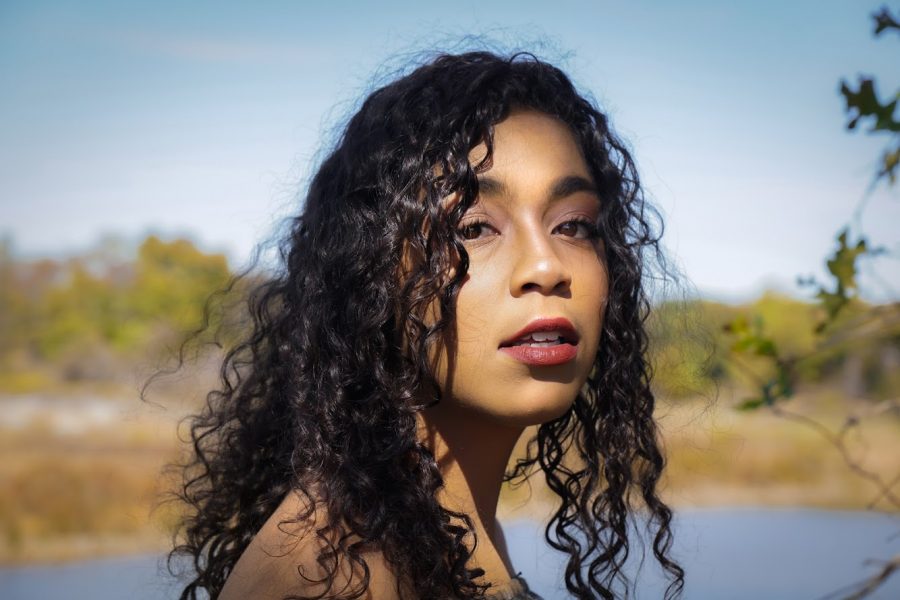 "I’ve always loved being both Indian and African American. It was the struggle I faced being mixed, being other, that broke me."

Editor’s note: This story was named an honorable mention for personal columns in the 2021 TAJE Best of Texas contest. It also won third place in the CSPA Gold Circle Awards for first person experiences.

“Reya isn’t fully Black or fully Indian, so she’s nothing.”

This phrase is all too familiar to me. I’ve heard it from friends, acquaintances, strangers and even myself.

I am biracial — half African American and half Indian. I’ve struggled with my cultural identity for a long time; however, I wasn’t always like this. When I was little, I was comfortable with who I was. I marched around everywhere with my chin high in the air and announced that I was proud to be half Black and half Brown, living in naive bliss without exposure to the harsh realities of the world.

My earliest memory of feeling different because of my race was taking a standardized test in elementary school. I sat alone at my desk with my pencils, highlighters, erasers and mints lined up perfectly. The testing proctor instructed us to fill out the scantron, and I paused on one particular question.

What ethnicity are you?

I could only fill in one box. I looked around to see if anybody else was struggling as much as me. Nobody was. They all sat relaxed while swiftly moving their pencils, filling out box after box without hesitation. I heard the rustling of pages being turned confidently, yet here I was stuck having a crisis, trying to fit my identity into a singular box.

As the proctor motioned for us to continue on, I rushed to fill in the box labeled “Other.” That’s what I felt like for years of my life — other.

I slowly began to recognize how much I felt like an other as I got older. I started to notice when I couldn’t find my name on mini license plates, when people looked at me whenever we discussed slavery in class and when people stared at my family weirdly in restaurants. However, before I could process these occurrences, people began asking questions.

“What exactly are you?”

“Oh, you look exotic, what makes you look like that?”

“Guys, should we just make it a game and guess what Reya is?”

I didn’t understand what people meant when they asked what I am. It made me feel like some sort of mystery meat that kids would bet over and play games to figure out. Nevertheless, I clarified my ethnicities, never really understanding why I even had to.

My friend was rambling to me as we left rehearsal, but my mind was elsewhere; however, her next sentence pulled me out of my daydream.

“There are literally no Black people in this show!”

I looked at the floor, trying to avoid this conversation at all costs, but I knew I had to say something for myself.

Time stood still as she looked at me. With each passing second, I felt my confidence fade under her gaze.

“You’re not really Black. You’re mixed — half Black and half Indian, so it’s more like you are nothing. Almost like a mutt or breed.”

Those words stayed with me for a long time.

I internalized them and soon became ashamed of my identity as a biracial woman. It was as if the box that I bubbled in on my scantron left a visible label on me, telling everyone that I was different and was not good enough to actually fit in. Suddenly, I was fully aware of the fact that I always felt like an outsider — an other.

I was soon introduced into the world of stereotypes. I was bombarded with the notion that Black people had to act and look a certain way — be loud or  “ghetto,” listen to rap music, have big lips and have braids or an afro, and Brown people were expected to be insanely smart, smell like curry, inevitably be a doctor or taxi driver and end up in an arranged marriage. However, I never fit into either of these individual molds for African American or Indian women, so how was I supposed to fit both?

After learning about this prejudice, I soon discovered the racism that is specifically catered to biracial people and is never acknowledged.

Many people choose one race to address me as and make racist remarks about it, completely  undermining that I am mixed. People even get mad at me for being offended, saying that since I am biracial and therefore technically not African American or Indian, I shouldn’t be offended. They justified this, claiming being racist in front of me is OK because I’m just an other.

Then, I also get racist comments for ethnicities that people assume I am. I often get mistaken for Hispanic, Pacific Islander, or even Native American. People always incorrectly guessing my ethnicity has furthered my insecurities regarding not being an authentic African American or Indian woman. At the end of the day, I’m aware that the reason people make these mistakes is my skin color. I’m too light to pass as dark skinned, but I’m dark enough for people to know I am a person of color. In the middle. An other.

Because I have always had this racially ambiguous skin tone, I’ve always felt ashamed that I wasn’t darker. I felt like it made me less of a person of a color. My light brown complexion just furthered my self-hatred and mindset that I would never be Black enough or Brown enough.

I also faced racism within my own races. Brown people accuse me of not being Brown enough, and Black people accuse me of not being Black enough. Racism towards particular races are exploited and called out, but nobody addresses society’s uncomfortability and hate for people who are mixed. Being biracial gets its own layer of racism due to people making rude comments and judgements about the sole fact that I’m more than one race. People of color will be quick to bash on racism, but not recognize their own hostility and discrimination towards people like me. It is because of the fact that most people can’t understand biracial people, and people fear what they don’t understand; however, the thing about fear is that it quickly spirals to hate.

I had to cope with all of this alone because I didn’t want people to think that I was ashamed of my cultures. I’ve always loved being both Indian and African American. It was the struggle I faced being mixed, being other, that broke me.

Dealing with the constant insecurity, self-hate and discriminatory remarks took a toll. I wanted the comments to end. No more people calling me “exotic.” No more condescending or sympathetic looks. No more racist insults.

What eventually helped me was becoming more political. I started to use my knowledge of the world around me to develop a strong set of beliefs that I still stand by today. Being informed on social justice and current world events made me realize that I’m opinionated, stubborn, strong willed and accepting of others. Embracing myself as an activist and finding my love for writing by joining the school newspaper staff gave me the purpose and identity that I had always longed for.

However, in an attempt to be introspective, I stumbled over the part of myself that I ignored for months — my cultural identity.

All my old feelings that I worked so hard to suppress came back as I, once again, noticed that I never fit in anywhere. I then thought about the person I had become — a strong writer who wasn’t scared of her opinion and identity. Taking this into account, I thought about everything that led me to feel the way I did about my races.

I realized that the disconnect I felt from everybody was created by me. I based my self worth and acceptance on others, so I isolated myself from people I cared about because I was insecure. My reality is that I am both African American and Indian, and I’m enough. Being biracial is a part of my story, and I don’t have to prove my cultural identity to anybody else.

Being biracial is something that makes me special. Because I am biracial, I get to participate in the beauty and resilience that is the Indian culture. I also get to experience and witness the strength and power that lies in African American culture. Yes, it has proven to be a challenge, and there will always be people who want to bring me down, but God only challenges people he knows can handle it and rise from it. Needless to say, I rose. I don’t care anymore about the boxes society tries to fit me in or the judgement I receive. Being biracial is a gift that the world can’t see, but now I can. I won’t let anything make me shy away from cultural identity again — not me, not my friends and not the judgemental and harsh world around me.

I am not other. I am Indian and African American, and I will forever be proud of that.