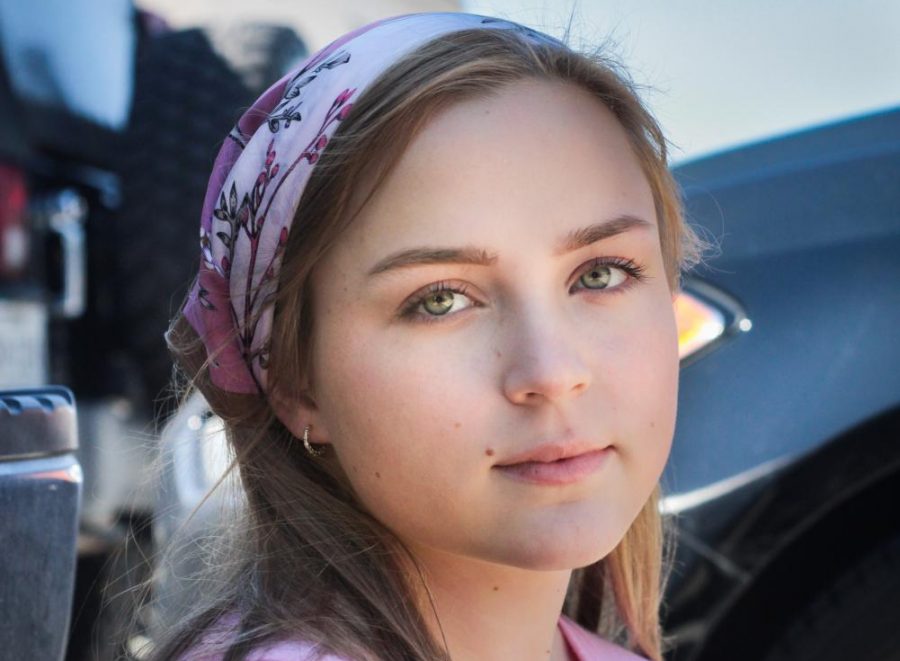 "I entered high school with excitement about new possibilities, yet within the first two hours I was reduced to the b-word by someone who had never even seen my face."

I wandered through beige hallways that never seemed to end, checking my watch and seeing the time run out. I was desperate and lost, entering a random classroom for help. Faceless strangers stared at me, waiting for me to speak. Then the late bell rang. I looked down at my outfit, except I didn’t have one. I was naked.

This nightmare haunted me every night during the summer before my freshman year. Thankfully, I never walked naked into a classroom full of people with no faces, but I could have never anticipated what really happened that first fateful day of school.

Aug. 25, 2016 was the first day of my freshman year. I had been in band camp, so I knew my way around, but navigating the hallways with 3,000 other students would be more difficult. I began the day on the freshman campus, which was my safe space. The boys wore outfits picked out by their moms and the girls had perfectly-done hair. Then, the bell rang for students to be released to second period. I had to go to band on the main campus. I had walked there before, but that was like learning to drive in an empty Wal-Mart parking lot. With all of the other students, it was like merging on the freeway.

The main campus was crowded, loud and scary like the DMV. I was the beginner driver, freshly 16 with a new dress and sandals and my required documents in a color-coded folder. Everyone else was middle-aged in worn out sweatpants, getting their license renewed for the 15th time with messy hair and lazily sprayed axe to make up for a missed shower.

I was speeding through the hall when my forehead bumped into the chest of a 6-foot-something upperclassman boy. I swerved out of his way and quietly said “So sorry.” For the sake of being appropriate, I will replace the word he said with a phrase that has a similar meaning.

Then, he walked around and past me. I hadn’t even seen his face. The first person that had spoken to me all day except for my first period English teacher had just called me the b-word.

My mouth was hanging open as I texted my mom and asked her to pull me out of public school. I wanted to be homeschooled.

At first I wanted to excuse his behavior for some reason I didn’t know. Maybe he mistook me for an ex-girlfriend or a girl who refused to let him cheat off of her in Algebra 1.

However, there is no excuse for his actions. That one word has left a huge impression on me over the past four years because it was hurtful. I entered high school with excitement about new possibilities, yet within the first two hours I was reduced to the b-word by someone who had never even seen my face.

One day some teenage boy might call his daughter the b-word in her school’s hallway. He will unleash his hormonal rage on her, and she will be upset. My advice to the boy I bumped into four years ago would be as follows: let your wife handle this one.

I have learned from this experience that words have unexpected impact, so I will let my words be positive. If a sweating, apologizing, 14-year-old girl bumps into me in the hallway, I will respond with a simple “It’s OK.”

Everyone makes mistakes sometimes, but while kindness goes a long way, unkind words last even longer.