Column: A new era of activism 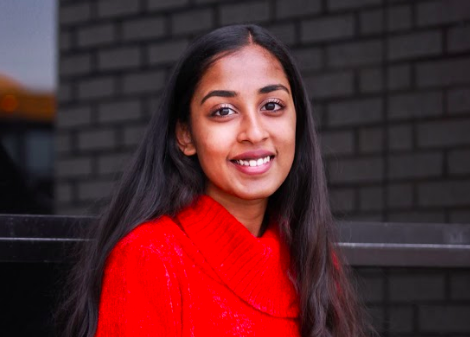 "An older man spoke about leading climate change protests in the 70’s. It’s a cause he’s defended for decades. He’s the activist I aspire to be: dedicated and impassioned. I’m sick of promoting causes that mean nothing to me."

Editor’s note: this column was named as a superior personal opinion column in the TAJE Best in Texas contest.

Climate change. #MeToo Movement. Hong Kong protests. Rohingya Muslim ethnic genocide. Civil war in Sudan. Last year was characterized by the rise of protest culture, especially amongst teens. Time Magazine recognized 17-year-old climate activist Greta Thunberg as Person of the Year. As a social media activist, I have considered whether I was protesting because I was passionate about these causes or under pressure to appear politically woke.

On Sept. 20, nearly 4 million people marched in the name of climate change. I was one of them. The streets of New York were packed, and celebrities around the world joined in. Before attending the strike in Dallas, I felt guilty at the thought of not going. Climate change is one of the largest issues championed by youth activists. I felt obligated to attend.

The horrific fires in Australia and steady rise in global temperatures affirm that climate change is an urgent crisis. However, I didn’t attend the climate strike for those reasons. I wasn’t even educated on the impacts of it. All I knew were catchphrases of “the world is burning” and “there is no planet b.” I went to the strike only to hold up a sign and appear liberal and politically aware.

However, upon listening to passionate speakers who tirelessly worked to advance environmentalism, I was inspired. An older man spoke about leading climate change protests in the 70’s. It’s a cause he’s defended for decades. He’s the activist I aspire to be: dedicated and impassioned. I’m sick of promoting causes that mean nothing to me.

Social media is a double-edged sword. People can learn about international atrocities in a second. However, trendy movements of turning profiles to a certain color or changing bios also spread rapidly. If a popular influencer encourages their followers to turn their Instagram profiles blue to support the protests in Sudan, they do it.

They might not know what’s happening but will still change their profile for appearances. In an increasingly turbulent political climate, people love to speak out even without knowledge of the issues.

When news broke that Donald Trump approved the assasination of Iranian General Qasem Soleimani, people jumped to social media to discuss the possibility of World War III. Others immediately retaliated, arguing that one shouldn’t joke about such issues with dangerous implications. If people were not posting their stance, it appeared as if they support airstrikes in Iraq.

In 2018, when Beto O’Rourke ran for senate, my Instagram feed was filled with posts of students who met him. I was both jealous and frustrated with myself. Everyone seemed to have a picture with Beto, except me. In my mind, not having a picture meant not being politically engaged. As someone who aspires to enter politics, I felt like I had to be at the forefront of his campaign. I was supposed to be block-walking and organizing town halls.

Over time, I’ve realized that many youth activists share my struggle. I’ve witnessed them hopping onto the latest movements without any background information, trapped under this pressure of appearing politically woke. If an individual mobilized their community on addressing climate change, they’re expected to also speak up on other totally unrelated issues. Be it the Uighur Muslim crisis or the ethnic genocide of Rohingya Muslims in Myanmar, they are expected to have an opinion. However, the problem is that one cannot speak up on all these issues. Every day, new issues pop up. It’s difficult to constantly stay updated and provide an educated opinion.

That’s why I’ve decided to take a different approach to activism. This year, I don’t want to overload myself with advocating for all causes. Instead, I want to focus on those that resonate with me the most. I want to protest for those I’m genuinely passionate about because that’s the way I can create the most change.