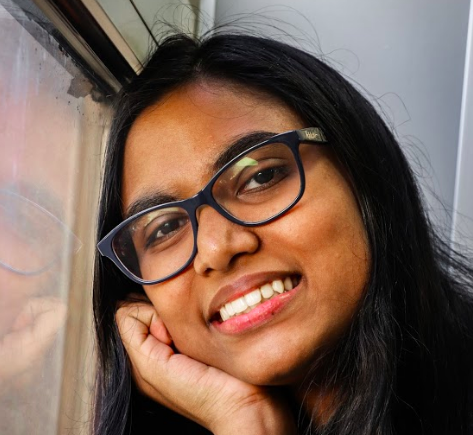 "Even though I had Indian friends, I still felt isolated. Unlike me, many of them were fluent in their native languages. I understand mine perfectly, but don’t feel brave enough to speak more than a few words, even to my parents."

My parents immigrated from India in 1997. They had me in 2004. I was born in Grapevine. Later, we moved to Flower Mound. While we had our community of Indians, neither place could be called “diverse.”

In the first few years of my school, I didn’t have a lot of friends with my skin color. I went to a majority white preschool and elementary school. While my parents made sure that I had an understanding of my culture through various events, I didn’t have friends with whom I shared the Indian-American experience.

It wasn’t until third grade that I made friends with other brown kids. Unlike my other friends, we had an almost instant connection through our similar backgrounds. When we hung out, we watched Vines and YouTube videos by other Indians who grew up in the West. We even mixed words from our native languages into English, creating a secret code that our non-Indian friends couldn’t crack.

Even with Indian friends, I still felt isolated. Unlike me, many of them were fluent in their native languages. I understand mine perfectly, but don’t feel brave enough to speak more than a few words, even to my parents.

At the same time, I didn’t feel like I could relate to non-Indian kids the same way. Most of them didn’t speak more than one language at home and knew little about my culture. I tried not to discuss it in front of them because I was scared that they wouldn’t understand or they would think I was weird.

I felt like I faced judgement from not only white peers, but also from other Indian and Asian people around me. We smirked at girls who came to school with long braids and bindis the same way we did for girls who only hung out with white girls and pronounced ethnic words in an American accent.

We’re supposed to blend in with white people, but not too much. We’re supposed to show pride in our heritage, but only to a certain point. Either way I felt lost. I constantly found myself questioning my identity and feeling insecure.

However, I was also guilty of this type of thinking. My friends and I made fun of brown people who, from our perspective, tried too hard to be friends with white people. Looking back on it, I think that attitude came from a place of insecurity. Those people made making friends look effortless, while I and some of my other brown friends found it more difficult.

Now that I’m older, my viewpoint has changed greatly. I’ve realized that it’s not fair to judge people so harshly. My peers and I are still learning to become comfortable with who we are. A mindset where we are forced to choose sides or face the judgement of our peers hurts not only the person being judged but also us. Some people feel a greater need to assimilate to American culture because of their situations. Not all people are as lucky as me to have a group of brown friends. I can understand why some of them distance themselves from their heritage instead of embracing it.

As I’ve grown up, I’ve become comfortable with my identity. I have a supportive community that I can enjoy and share my culture with. At the same time, I have white friends who I can laugh with. While the judgement won’t go away anytime soon, I try my best not to contribute to it. I won’t let other people’s standards of how Indian I should be define me, as long as I stay true to myself.