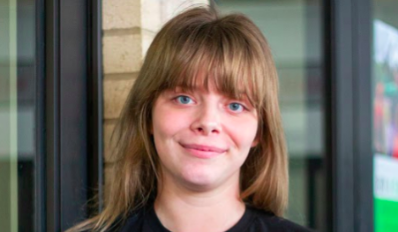 “I will forever be proud to come from a family that is El Paso strong.”

I sat up on my bed clicking through Netflix. I had been binge watching all day and decided it was time to find another show. Before I could select a new series, I heard my phone buzz loudly beside me. Sighing, I saw a single Twitter notification on the screen.

I stared at my phone. I didn’t know how to react or what to feel. Most of my mom’s family is native to El Paso. My grandparents, uncle Jason and aunt Amanda all lived roughly 20 minutes from that mall. They had been texting us 15 minutes prior, joking around. Surely, they couldn’t be there.

They almost never go that far out to shop, but my mind soon wandered to the what ifs. What if that was the day they decided to shop there? What if my ninos Ana and Jaeger or aunt’s family were nearby?

Who would do this to El Paso?

El Paso has been my second home for as long as I can remember. Every summer and Christmas, my parents, sister and I make the 10 hour drive to my grandparents’ house. Some of my favorite childhood memories are dinners at my great-grandmother’s house and playing basketball with my grandfather in his backyard. It’s the city where I met my baby cousin for the first time, and said goodbye to my great-grandfather for the last time. El Paso has been a constant in my life. I couldn’t imagine why someone would want to do anything to harm the beautiful Sun City.

A shooting occurred at a public area, a Walmart, where people and their families should feel safe. Before this tragedy, I would only think of the possibility of a mass shooting occurring at school.

After, it would even happen when I went out to buy milk and eggs.

In addition to this, the victims weren’t random. Not only did the alleged shooter target innocent people in a public place, he targeted people who were Hispanic. People like 60-year-old army veteran and bus driver Arturo Benavides, who had been shot and killed while grocery shopping. People like Jordan Anchonda, a 24-year-old mother of three who was killed while shielding her 2-month-old son. People like my family. People like me.

He had confessed to killing 22 people, and injuring 24 others all to make a political statement. It was horrifying.

Before I ran downstairs to my parents to ask if they’d heard about what had happened, I received another text. My family group chat began to flood with responses about the mass shooting. The tightness in my throat subsided as I read their texts. They were safe.

Fortunately, I did not experience the loss of loved ones like the families of the El Paso shooting victims, but hearing the stories of those that died the first few days after the shooting still made me question how going back to El Paso would feel after an event had traumatized the whole city. I wondered how it would be able to recover from such a heartbreaking experience.

My questions were soon answered as I scrolled past tweets and articles, all using the hashtag, #EPStrong. As I read through the articles, I read story after story about how the people of El Paso were reaching out not only to others in their own city for support, but those across the country in other towns, such as Dayton. Vigils were held and fundraisers and relief funds were started within a matter of days.

Later that week, I received a package from my aunt and uncle, who lived in El Paso, containing shirts displaying the city’s famous Star on the Mountain in between the phrase “El Paso Strong.” The fact that that community was able to do so much in such a short time, all while still healing themselves was incredible.

Since then, I have realized that if the families and friends of those affected by the victims of the shooting are able to move past the darks events of what happened that day, then I could too. The city of El Paso has proven that the power of joining together for a common cause can help heal an entire community.

Rather than letting the actions of one person define how they live their lives, El Pasoans have shown that together, they are able to find purpose, strength and hope in the face of tragedy. Now, when I think of El Paso, I will not only think of my family and many wonderful memories, but will also think of a place made up of a unique and powerful group of people. I will forever be proud to come from a family that is El Paso strong.