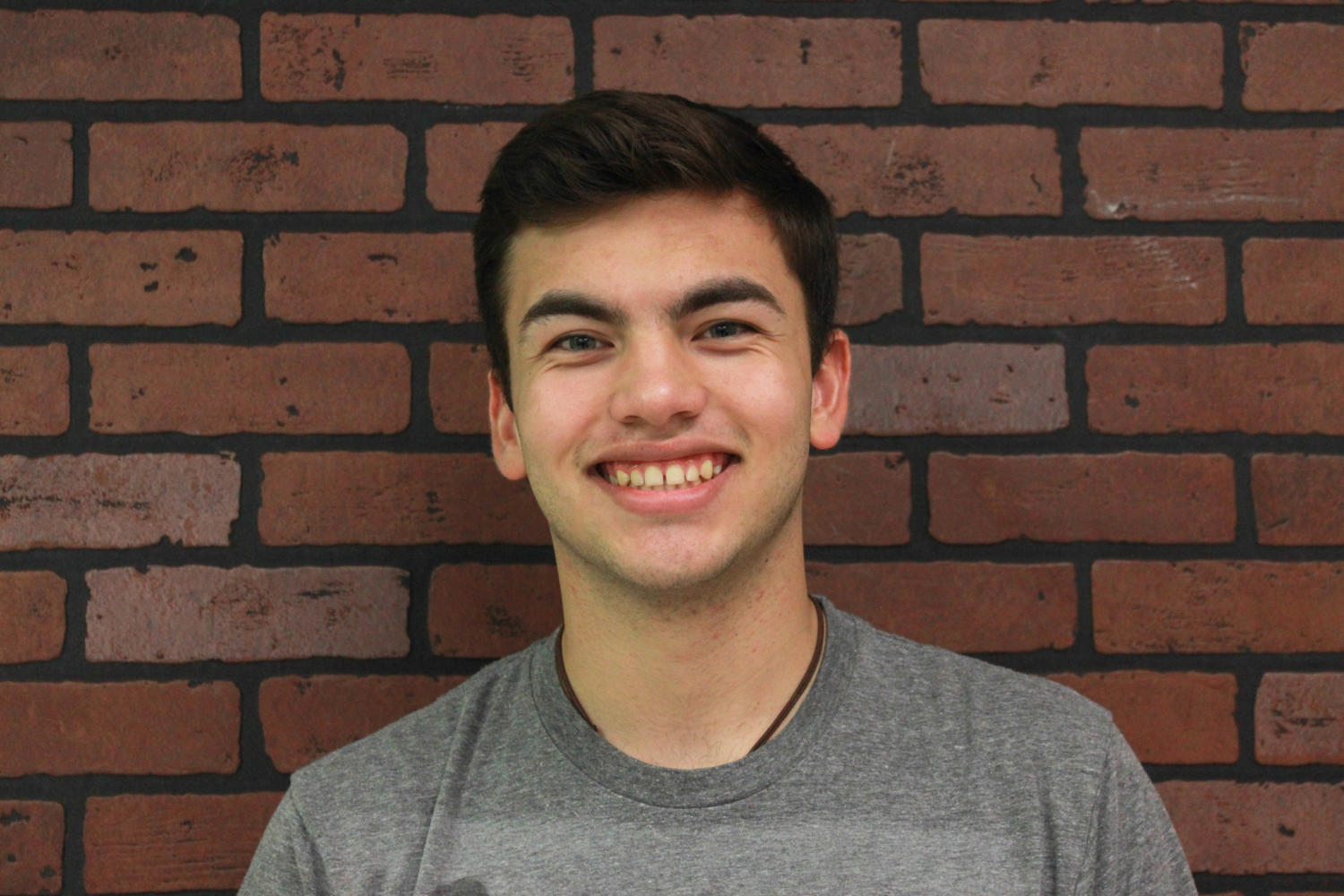 Beams of sunlight stream through the window and onto my white-frame bunk bed. All is silent but the creak of old floorboards in our rented vacation home. Aunts and uncles, cousins and grandparents, roam about downstairs while I sift through my luggage looking for something to wear.

It’s a 10-day family reunion. I think to myself, why did I not remember to pack more clothes?

I dig and dig through wrinkled t-shirts, shorts and socks, but nothing catches my eye until — I hold a black pair of Under Armour underwear. They look exactly like something a teenage boy would wear, but they can’t be mine. They wouldn’t even fit a sixth grader.

Maybe they’re my brother’s, and I accidentally packed them. He’s younger than me, but I’m not sure these would fit him either. Thinking that would be the last I saw of the black underwear, I casually toss them onto my brother’s bunk.

We sit around the polished wood table intently staring at the board. Little colored blocks dot its surface, the world’s countries. We’re playing Risk, a board game where the objective is to take over the world. The usual players have assembled.

I’m joined by my two of my uncles, an aunt, my brother Gabe and a newcomer — my 10-year-old cousin Charlotte. Char for short. Naïve optimism hangs in her eyes as she sits at the table. To the rest of us, she is like a gazelle in a lion’s den. But she shows no panic.

At each turn she commits rookie errors: spreading her armies too thin, not focusing her efforts and not creating a clear gameplan. She fights for as long as she can, but within a few turns one of my uncles takes her out of the game. “Time for bed, Char,” he says as he takes out her remaining pieces.

Most kids would be upset, but Char just smiles. Her curly brown hair and thin frame bob up and down as she exits the room.

Like most games of Risk, this one takes hours to finish. Through window screens, crickets can be heard softly chirping in the cool Michigan summer night air. The other players head off to bed, so I follow their trail upstairs to my bunk. I hear snoring and the soft ruffling of covers from my cousins.

I climb stealthily up the wooden stairs and turn on my phone flashlight to guide my path through luggage strewn about in the dark room.  But when I focus the light on my bunk, there I see them again. The black pair of Under Armours lie square in the middle of the mattress.

Does Gabe really think I can fit into these?

He must be in the bathroom, so I lob the unknown underwear back onto his bunk. I quickly slip into bed to deter another surprise delivery of underpants, but when Gabe returns he does something I don’t expect.

He takes one glance at the garment, picks it up and deposits it onto the bunk above him. The bunk of my sleeping five-year-old cousin, Danny.

That’s when the war begins.

The ensuing week of the family reunion is pitted in fierce battle over control and placement of the unclaimed underpants. What began as a sort of hot potato slowly morphed into a game of keep away. The end goal — to secretly hide the underwear in such a way that the opponent actually takes them home.

On one side are 5-year-old Danny and some of my other young cousins. For the most part, they maintain possession of the underwear.

On the other side is Gabe. Seldom does he have the underwear, so he recruits cousins to act as his spies. They squeeze information out of Danny and his allies.

And of course Danny’s chief ally is his older sister, Char. Together they hide the underwear all about the house, careful to change its position multiple times, each time being more elaborate.

War fever grows and grows throughout the week. It reaches beyond the battle of the black underwear. Char’s ready for redemption. She wants to play another game of Risk.

We glare at each other from across the table. Her brown eyes show no sign of fear now. The dice clatter. She’s out to get me. Every attack I make, I receive blow after crushing blow from Char. Every time I go on defense, she destroys my armies. I’m down to my last few little colored blocks.

Since I was a young kid, I’ve hated losing. Games, sports, bets — I hate defeat. And as this game continues, my rage begins to bubble.

With one more poor roll of the dice, I can’t take it anymore.

“I’m done,” I say with a concealed anger, walking away from the game.

My face is red. I sulk around and reevaluate the rash and thoughtless strategies that caused my preemptive exit. I so badly want to be back in the game.

Until one thing runs across my mind.

I remember the past two summers when I was away at camp. My cousins were at the family reunion without me. They were having fun exploring and messing around. They were growing and changing, and I never saw it. They got closer, and I wasn’t there.

Sometimes that happens with family. Sometimes it’s the weirdest thing that brings us together.

So when it comes time to pack up for Texas, I leave with a full heart and a contentment with losing the silly game. I leave feeling thankful for the time I spent with my little cousins.

One question, however, still sits in my mind. What happened to the underwear?

We’ve been home for about a week, and we just got a package in the mail. It’s a small cardboard box, not much could fit in it. It’s addressed from Char’s family. Gabe and I open in it up. Inside are a few gifts: a book for me, some money for my mom, a few cards, and—

Neatly taped together are a few little colored blocks. A note is attached that reads: “Jackson, we found some Risk pieces. Don’t forget that you went out in 5 minutes! Love, Char.”

And under that is the black pair of Under Armour underwear, neatly folded for my brother.

All I can do is smile. I know the war’s not over yet.