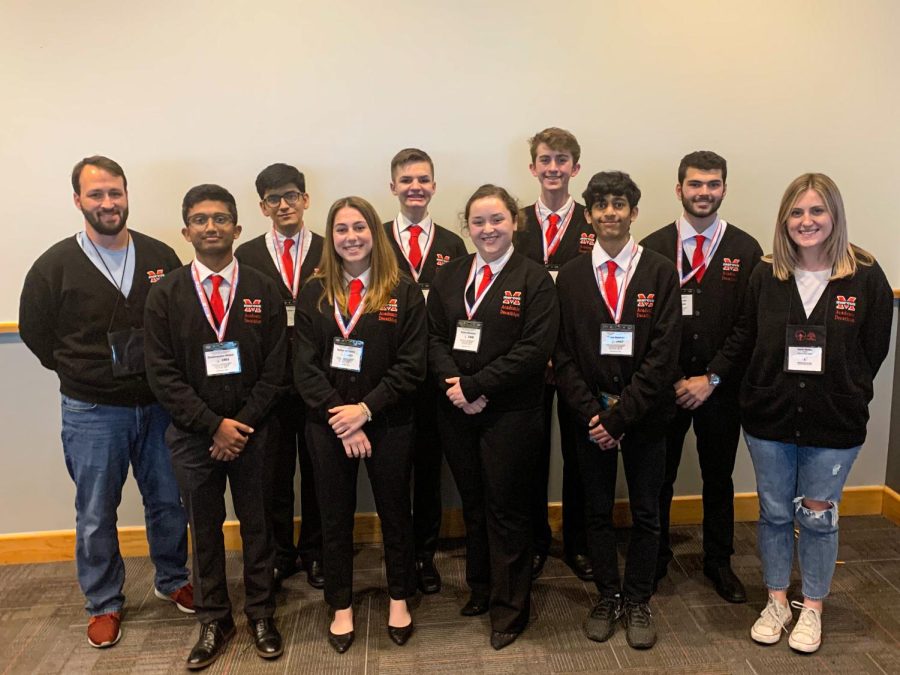 After placing 2nd in state competitions, the Academic Decathlon team will advance to nationals on Thursday, April 21.

The Academic Decathlon team will advance to the online nationals tournament on April 21-23.

The team is currently ranked second in the state, fifth in the country, which is a first for the school and for Lewisville ISD.

Team sponsor Katie Walta says that the hard work and hours of studying is what has led this year’s team to success.

“They’re just like a wicked smart group that was ready to work hard,” Walta said. “It’s just a special group of kids.”

According to co-sponsor, David Pike, the students take on a big workload in preparation for their competitions, studying 20 pages a night and then being tested over that content the next day. He says that while challenging, the work is worth it to the students.

“The first nine weeks is brutal, but after that, it gets a lot better,” Pike said. “The ones that don’t want to join always say by the end of it that they wish they had done it sooner.”

The students compete in various events consisting of seven multiple choice tests, an essay, a speech and an interview. Pike said that in particular that the speech portion is often challenging for the students, but the most rewarding part for him is seeing them improve.

“Just seeing them do that and to the extent that they can give their speech to just random people and random students from across the state, and be confident in that and be able to slow down and take their time, that’s always fun to watch,” Pike said.

Co-captain and senior member Kaitlyn Williams says everyone is excited to have advanced this far.

“We could definitely tell that there was a lot of talent this year,” Williams said. “We were really hoping to make it far, but it was still surprising and still a shock that we managed to make it to Nationals. So it’s just been really exciting.”