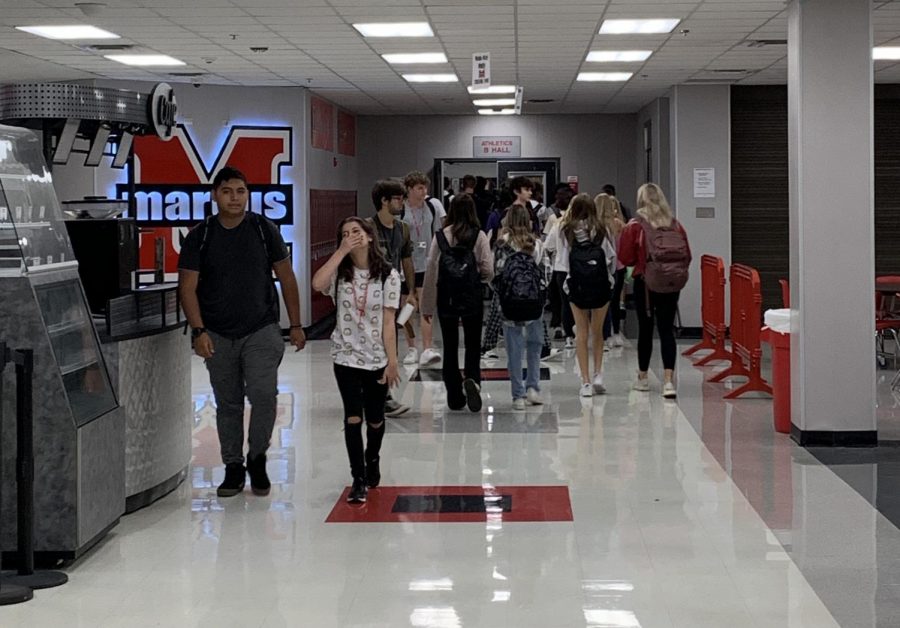 Students and staff have differing opinions on how the dress code plays a role in students’ education.

Early in the year, administration informed students that the dress code would be more strictly enforced this year. They are focusing especially on the following guidelines: no hoods or hats worn over the heads, no midriffs, shorts must be of appropriate length and no inappropriate content on clothing. Students were told that if it isn’t allowed at school, it isn’t allowed on your clothing.

Students and staff have differing opinions on how the dress code plays a role in students’ education. Sophomore Daniel Jaworski said that students must abide by the dress code.

“You’re bound by the school’s rules,” Jaworski said. “It’s not something that’s negotiable.”

However, junior Myra Chauvin said that the dress code puts a restriction on self expression and brings students’ confidence down. She said that, while the dress code doesn’t explicitly target feminine students, it disproportionately affects them due to style trends, such as shorter shorts and smaller shirts.

“The dress code is more targeted towards more feminine students … and bigger body type students,” Chauvin said. “ I know multiple of my friends where they get dress-coded because their shirt is too low, but a skinny girl who’s wearing the exact same thing doesn’t get dress-coded.”

Senior Kadence Murry feels that students should be able to wear what they feel comfortable in.

“People should be able to wear what they want like hats… or a dress without being criticized,” Murry said.

When students are dress-coded, the faculty member will notify the assistant principal and the student will be sent to A101 to get an article of clothing to cover up.

On Aug. 26, two students created a dress code petition. The petition states “dress code is targeting and harming students, it’s violating their freedoms.” It states that the dress code harms students by limiting what they can wear, which can cause low self esteem. So far, 830 students have signed the petition.

Others, like sociology teacher Jacqueline Felan, believe that it’s required to dress professionally  for a proper learning environment. She said students who are out of dress code have to readjust their clothing, which can create distractions in class.

“You learn a lot of things (in school) that have nothing to do with the curriculum,” Felan said. “and one of the things that you learn is how to dress yourself and how to present yourself professionally.”