Changes made to SAT, AP tests 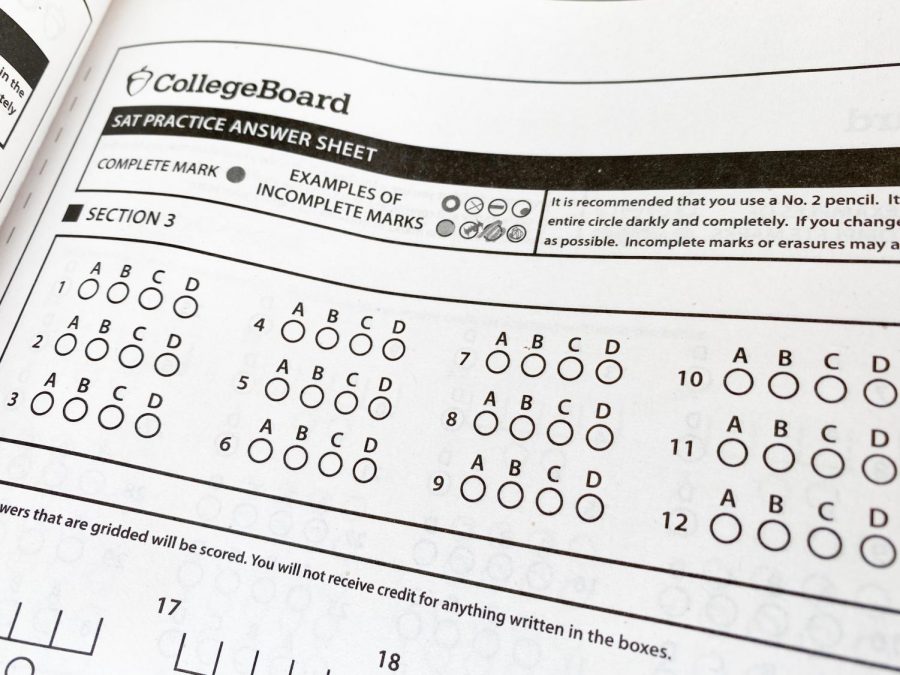 SAT subject tests have been discontinued due to further development of the AP program.

The College Board has discontinued the essay portion of the SAT and all SAT subject tests. Additionally, some modifications have been made to this year’s digital AP exams, including full length tests online, the inability to move back and forth through questions, and new anti-plagiarism software.

The College Board has decided to end SAT subject tests mainly because of the AP program, which evaluates similar skills.

“We’re reducing demands on students,” the College Board wrote in a statement released on Jan 19. “The expanded reach of AP and its widespread availability means the subject tests are no longer necessary for students to show what they know.”

As for the removal of the essay portion from the SAT, the College Board decided it was an unnecessary section that covered skills already assessed by other parts of the exam.

“Writing remains essential to college readiness and the SAT will continue to measure writing and editing skills,” the College Board wrote in the same statement.

While it has been optional, many high school students consider the SAT essay an important part of their college applications.

Its sudden removal has been a shock to students like junior Suhani Gajera, who has been preparing for it since the seventh grade.

“I was looking towards having a really good essay score, just because I’d been preparing for it for so long, so it’s definitely a disadvantage not having that anymore,” Gajera said. “I’ll have to work on my standardized test scores, so I think my application’s going to look really different.”

The SAT subject tests focused on specific subjects such as math and physics, unlike the traditional SAT test, and have also been an important part of evaluating students for college.

“In regards to subject tests, I was planning on taking a few, so that was also a really odd change,” Gajera said.

For students like junior Melody Munoz, the removal of the subject tests has been more impactful than the essay, thanks to time spent studying that they feel has been wasted.

“There’s not really a way that you can specifically study for an essay but I feel like there’s a way to study for subject tests,” Munoz said.

However, SAT subject tests have been the subject of controversy for years, and their potential removal has been up in the air. PSAT team teacher Coleman Wagner believes the tests have become obsolete, and their removal is necessary.

“If you have AP tests and AP classes already available to students, and AP is able to cover a wider range of subjects, I think it is a bit redundant to have SAT subject tests,” Wagner said. “I understand the change and I think, overall, it will be beneficial to students.”

Students received the news of both these changes last month. Gajera feels the College Board should have offered more notice and elaboration on the changes.

“We got an email in the middle of the school day, basically just saying SAT essays were gone, and subject tests were gone,” Gajera said. “It was really abrupt and kind of confusing.”

The school is waiting on guidance from the district to offer at home digital AP exams. Last year, many students struggled with online home tests due to being used to in-person classes, and Gajera fears these difficulties may be met again.

“It just felt like we weren’t as prepared for the exams as we would’ve been in a normal year,” Gajera said.

The test times have been changed significantly from last year. At home digital exams will be synchronized across time zones to prevent cheating. This means students in countries like China, Japan and India may be forced to take digital exams late in the evening, or even in the middle of the night.

Wagner believes this change will give some regions an advantage over others, and sympathizes with students worldwide.

Munoz feels that the timing change is necessary, and has its own benefits.

“There’s an advantage and a disadvantage, like for the kids who have to take [the tests] at weird hours, but you also avoid the cheating,” Munoz said.

Wagner believes that while the changes may be daunting, they are something students must become accustomed to.