Musical canceled due to COVID-19 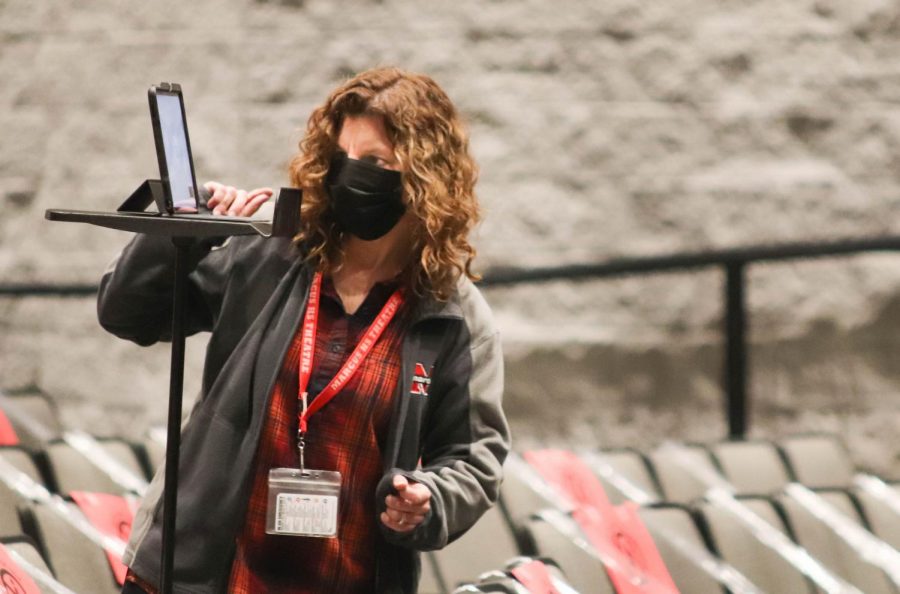 Early in the year, theatre knew that putting on a musical would be a challenge, but it was one they wanted to face because it meant a lot to the community. According to varsity theatre member and senior Finn Mackimmie, they were prepared to put on a show.

“We all held on to that little bit of hope that we would get to participate in one,” Mackimmie said.

At the beginning of the year, theatre director Denise Tooch worked to find a musical that would be safe during the pandemic.

In the last few months as the virus has continued to spread, changing protocols have made it hard for theatre to make decisions about the musical. Tooch said she continued to make plans without giving the students the title of the musical.

“We didn’t want to put ourselves in a situation where we were going to disappoint the kids ahead of time,” Tooch said.

However, due to the limitations, Tooch and the other fine arts directors recently canceled the show to stay true to the musical’s tradition of a large, inclusive cast and to keep the students safe.

Tooch said that this is the time that the theatre, choir, orchestra, band and dance departments work together each year to put on one big show for everyone in the district to enjoy. Their performances bring in hundreds of students, parents and administrators.

“It’s been really difficult as a performing arts teacher to not get to see your students engaged in the thing they love the most,” Tooch said.

For varsity theatre member and junior Erin Mylett, theatre felt different since the start of the school year. She said in a typical year students stay long hours after school and on weekends for months to rehearse for the musical, but this year most of their practices have taken place during school hours.

“Usually right off the bat we start going from class time to 5:30, but recently we only have them until 4:30,” Mylett said.

According to Tooch, it’s been difficult not to be able to have the musical experience this year.

“I miss the process with the kids,” Tooch said. “I miss seeing the journey that they take. I love watching them learn their music and be able to sing amazing songs and do amazing choreography and put everything together.”

Mylett said that even though they were all initially upset, the students let it go and started to place more focus on adapting to the new protocols.

“Everyone was kind of disappointed because we were all hoping for one,” Mylett said. “But I think collectively we all understood that it was the best decision.”

The students have continued to work on honing their acting and singing skills. They don’t share props and learn to display emotion and relationships while socially distanced and masked.

“One of the things that we’ve been really focused on is just building our skill set,” Tooch said. “What we can work on in a distance situation that will really refine our sensibilities and our processes when we can get back together again.”

This has been a challenge for the actors who are used to using physical touch to convey closeness.

“It’s definitely hard because a lot of theatre is movement and touching someone,” Mackimmie said. “It’s changing our perspective on how we do things.”

Canceling the musical will cause problems for the department as a whole, as losing the profits from their biggest show will cause a shortfall in funds. While there is allowance left over from last year, theatre has to find other ways to fundraise for the future.

In addition to funding the theatre program, a lot of the proceeds from the annual musical go to charities.

“We’re not getting funding and we don’t get to give back to our community,” Mackimmie said.

Even though this school year hasn’t been ideal for theatre, Tooch continues to stay positive and focus on the possibilities for next year. She hopes that theatre will have the opportunity to put on a larger show than usual to make up for this year.

“We can’t do anything but have hope,” Tooch said.