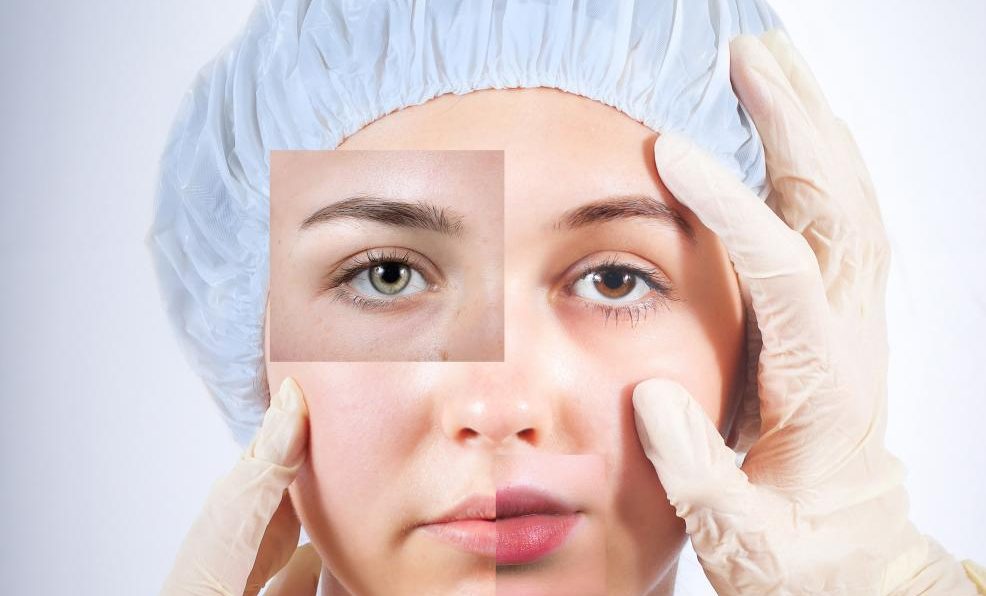 The popularity of cosmetic procedures has increased among teens in recent years. Studies show that social media may be to blame. (Kaitlyn Hughes)

The popularity of cosmetic procedures has increased among teens in recent years. Studies show that social media may be to blame.

Popularity of cosmetic procedures among teens connected to social media

The popularity of social media among teenagers allows smartphones to do what only scalpels and syringes once could. Apps like Snapchat and Instagram let users alter their facial features until they achieve their desired appearance.

In August 2019, Instagram introduced an update that allowed users to create filters. Some were made to portray cosmetic surgery, including the filters Plastica, which imitates the effects of extreme cosmetic procedures, and FixMe, which portrays the markings surgeons make on patients’ faces before surgery.

Almost immediately after the filters’ release, users voiced concerns that they promoted a false sense of beauty, harming mental health.

“I think that it can be a fun thing, but I do think that it kind of influences people to wish they looked a certain way and to kind of conform to society about what they should look like,” junior Riley Berger said.

In October 2019, Spark AR, the platform that creates the filters, announced on Facebook that they would remove all plastic surgery filters and prevent new ones from being created. The company didn’t know the timeline for the ban, but the original Plastica and FixMe filters have already been removed and searching “plastic surgery” in the effects gallery produces no results. However, there are still a few filters available that make more subtle changes, such as giving users narrower faces.

“We want Spark AR effects to be a positive experience and are re-evaluating our existing policies as they relate to well-being,” Spark AR stated.

While Instagram’s decision to remove the filters was widely supported, some users didn’t see the point. Senior Addison Eads said that he would use the FixMe filter if it was still available.

“It’s just a funny thing people can do,” Eads said. “It is just a face filter, after all.”

In addition to providing teenagers with an outlet to edit their own image, social media platforms put countless photos of celebrities and influencers at their fingertips. This led to the idolization of some figures for their physical features, such as Kylie Jenner for her plumped lips. Freshman Morgan Putnam believes this lowers teens’ self-esteem.

“Instagram models, TikTok stars, all those people have perfect bodies and they’re so pretty, and if you’re not up to that body type or that face type, you get bullied or cyberbullied,” Putnam said.

Many doctors believe this can lead to “Snapchat Dysmorphia,” or patients’ desire to have cosmetic procedures to match their appearances in heavily edited selfies. In recent years, Flower Mound primary care doctor Javaria Jabeen, who offers non-surgical cosmetic procedures like fillers and Botox injections, has seen the effects of Snapchat Dysmorphia in her own practice with a greater number of teenagers coming in for these procedures.

“They want to get their lips plumped up or they want to get laser hair removal done,” Dr. Jabeen said. “…There are sites and apps that they can see that people are putting pictures with their plumped lips and how they got it done or the procedure or something, and the other girls are excited about it.”

While many factors go into a patient’s decision to get a cosmetic procedure, several studies have labeled social media as a major player. After surveying its members in 2017, the American Academy of Facial Plastic and Reconstructive Surgery reported that 55 percent of surgeons said patients’ motivation was to look better in selfies, while only 13 percent said the same in 2016.

However, senior Alexis Marzwania believes that if a teenager thinks that getting a cosmetic procedure will make them happier, then they should do it.

“If something is really bothering you so much that you wake up every morning and feel terrible about yourself and there’s a way to fix it and you have the means to do it, then go right ahead,” Marzwania said.

Some teenagers are driven to get minimally-invasive cosmetic procedures, which are alternatives to surgeries with long and painful recoveries. These relatively simple procedures, which include laser hair removal and Botox injections, have become more accessible with recent medical advances.

Despite their decline over the past decade, doctors have raised concerns regarding teenagers getting cosmetic surgeries, the most popular of which are nose jobs, breast enlargements and ear reshapements. The American Society of Plastic Surgeons suggests that at the earliest, rhinoplasties should be performed on females ages 15 to 16 and males ages 16 to 17, while breast enlargements should be postponed until patients are at least 18.

“Surgeries, teenagers are still developing, so I don’t recommend it,” Flower Mound primary care doctor Javaria Jabeen, who offers non-surgical cosmetic procedures, said. “I don’t do anyone less than 17 for lasers. We hold off because their hormones are still changing. Botox, we usually limit it for 18 or above.”
Additionally, few guidelines are set to ensure that these procedures are performed appropriately on teens, who rarely realize how addicting procedures like Botox injections can be.

“I like to have more of a natural look for the patient, so I tell them if it’s going to be unnatural then don’t do it or I don’t want to do it, because if it’s just too much, it’s going to be obvious,” Dr. Jabeen said. “They’re going to get addicted to it.”

Although psychological screenings are not required by law, many cosmetic surgeons check patients’ mental health before procedures by administering a test to identify patients who have body dysmorphic disorder (BDD). This is especially common for teenage patients to ensure that they are in the mental state to decide on surgery.

“I think it’s a good thing just to know if they’re ready for the surgery or not, if they’re mentally prepared for it,” senior Shreena Desai said.

Despite her concerns, Dr. Jabeen believes cosmetic procedures can also have positive effects on teenagers, such as boosting their self esteem.

Things to consider before getting a cosmetic procedure

Specific goal: Doctors prefer for teenagers to have a specific goal for surgery. A teen that wants to remove a bump on their nose would be more likely to be a potential patient.

Recovery: Different procedures have different recovery times and are often painful. Some non-surgical procedures like Botox have no recovery time. Other surgeries, such as breast augmentations, can require over six weeks to recover.

Complications: Common complications of cosmetic procedures include infection, scarring and nerve damage. Although unlikely, even simple procedures such as Botox injections can have negative effects like headaches and trouble breathing. Some procedures, such as lip fillers, can be easily reversed, but most invasive surgeries are irreversible and can cause permanent damage in extreme cases.