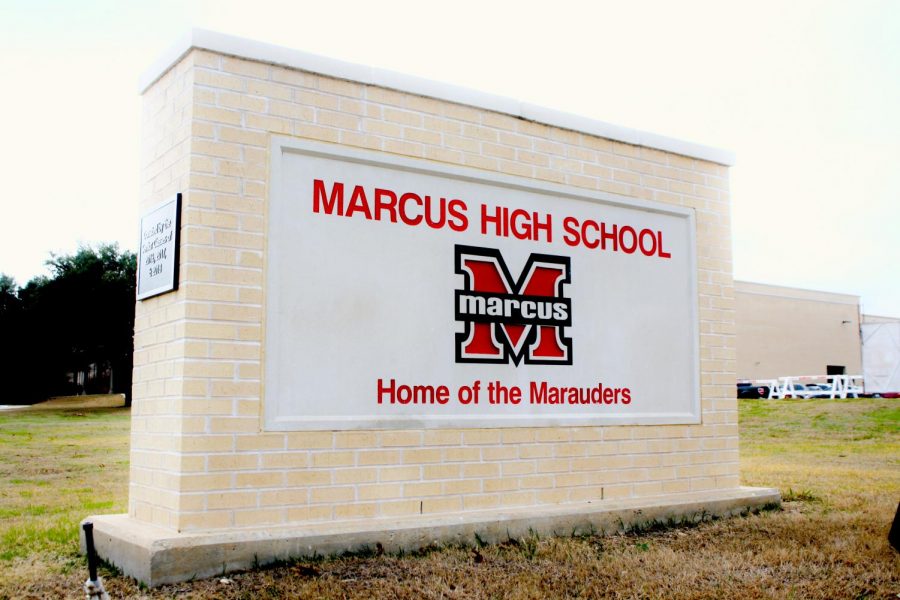 Enrollment at Marcus is predicted to drop to less than 3,000 students by 2022 and then 2,650 students by 2027. LISD Superintendent Dr. Kevin Rogers said the enrollment is dropping because families are staying in the area.

In December, LISD started discussing moving students zoned for Lewisville High School to the Marcus feeder pattern as early as the 2020-2021 school year to counteract  decreasing Marcus enrollment. However, LISD Superintendent Dr. Kevin Rogers recently decided to put all discussions regarding boundary adjustments on hold until next fall.

“We really try to make boundary decisions early and have them finalized before winter break. That way we can give everyone plenty of notice and that wasn’t going to happen,” Rogers said. “So with the needs not urgent and the timing a little bit off, I just decided we wouldn’t move forward with any of it.”

Boundary changes were brought into discussion in reaction to an imbalance in school enrollments, which is common for many school districts. Marcus is one of the few LISD schools with declining enrollment. As of last October, there were less than 3,200 students on campus, leaving some empty classrooms. Enrollment is predicted to drop to less than 3,000 students by 2022 and then 2,650 students by 2027. The enrollment is dropping because families are staying in the area, according to Rogers.

“Their kids graduate and they stay there,” Rogers said. “Those people aren’t selling their house to newcomers who then have a family, they go in the feeder pattern and so on.”

This decrease in enrollment could drop Marcus to a 5A rank, which includes schools with 1230-2219 students. This would mean that the teams on campus wouldn’t play against long time competitors such as Flower Mound and Lewisville. Additionally, it could potentially result in cutting groups from campus.

On the other hand, Lewisville High School is over its capacity with 4,400 students. One potential solution that was considered before Rogers tabled the discussion was making boundary changes at the elementary school level, causing students that used to be in the Lewisville feeder pattern to instead be future Marauders.

Lewisville junior Jamie Sander believes that the plan is a good idea overall.

“That makes a lot of sense because I know that Marcus is definitely nowhere near as big as Lewisville and it would be nice having less people,” Sander said.

However, she said that Lewisville students have mixed emotions about the change and hopes that the district will listen to the students’ opinions and consider what it’s like to be in their place.

“In elementary school and middle school, I knew what school I was feeding into and… we would get hyped up to be at Lewisville,” Sander said. “Some people want to go… but a lot of kids, they’re going to be separated from their friends or all that stuff, which I wouldn’t want to do. I think that they should definitely consider the kids and what they want.”

Although a map was never drafted, the district was considering moving elementary students living north of FM 407 and west of Interstate 35E to Highland Village Elementary, which feeds into Briarhill. This would also reduce the number of kids having to cross 407 to get to school.

“You look for natural barriers or roadway barriers to make it make sense to move,” Rogers said. “We’ll continue to look at those options and other options in the future.”

Freshman Sean Abrol thinks that changing the current boundaries within the district is the best approach to fixing uneven enrollment between schools.

“I think it’s fine, because the schools, they’ll level out a little,” Abrol said.

The idea to make changes to boundaries in LISD isn’t new. Marcus opened a little less than 40 years ago, and according to Rogers, it’s changed a considerable amount since then, including during the eight years that he was the principal. Additionally, there are ways to be exempt from changing schools if a student’s zone is changed. The district already provides open enrollment to its schools, meaning students can apply to be transferred to a campus other than the one whose area they live in. LISD also has grandfather rules in place to allow students to stay at their existing school if need be.

“It’s not really as drastic or tragic as some people make this seem,” Rogers said. “You probably go to school with some kids that really don’t live in the Marcus zone or boundary, but they choose to do that. They apply for a transfer. It happens all over our district.”

The topic will likely be brought up again in September, according to Rogers. If they decide to move forward with any changes, the information will likely be made public in October, which is when discussions would be help with the community.

“Do we consider people’s input seriously? The answer is absolutely,” Rogers said. “At the same time, we have to be good stewards of our facilities… We have a lot of different things that we have to focus on as we make a decision.”