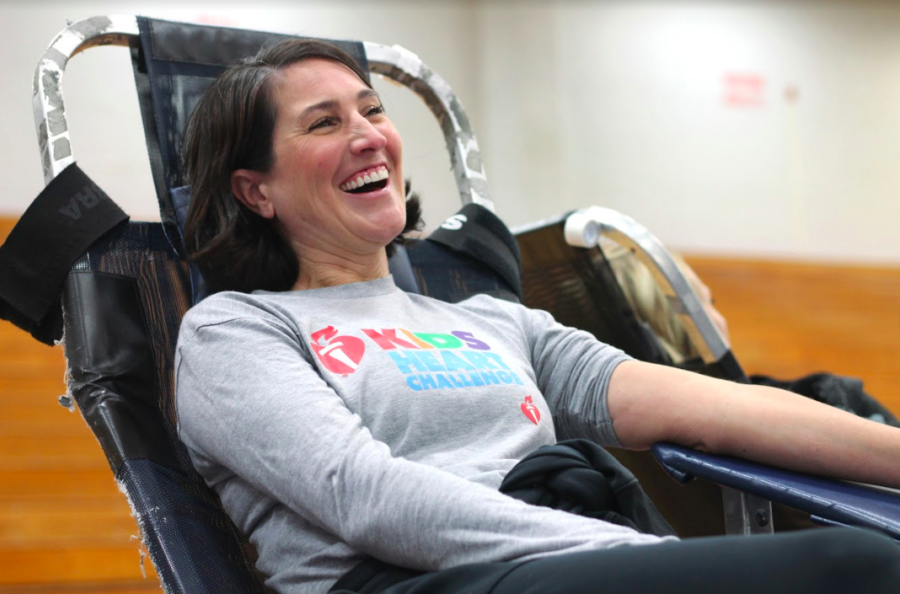 DeVonna Keirsey prepares to get her blood drawn during the blood drive. The blood drive was advertised throughout the school and had a big turnout from the community.

“I’m really excited about today’s turnout,” senior Marquette Regan Starin said. “I think it was really successful. We have never done anything like this before, so it was really cool to see how many people really care.”

“It’s a good feeling, but also it’s nice to know that it’s not hard to help one another to the extent of saving someone’s life,” senior and donor Noor Khader said. “Blood is something that’s really needed too, so I feel good about it.”

The blood drive was held in honor of freshman Lily Aldred, who is fighting Leukemia. Her brother, junior Jack Aldred, donated blood in support of his sister and other people facing similar circumstances. 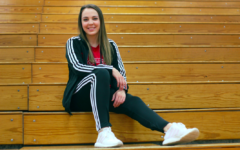 “It feels pretty good,” Jack said. “I feel like I’m doing something in the world that I can’t just do on a regular basis.”

Senior Marquette Ashlyn Robbins started the drive after challenged Marquettes Director Alice Dack challenged her to do a service project. She spent about two months setting up the event.

Each donor gave one pint of blood, which could then be separated into three components. This means that the drive collected enough blood to save 360 lives.

“I think it’s really encouraging to know that you have the power to save a life and if it’s as simple as sitting down for 30 minutes and just giving a pint of blood, there’s no harm in that,” Starin said. “It’s really awesome to see how much of an impact you can have.”