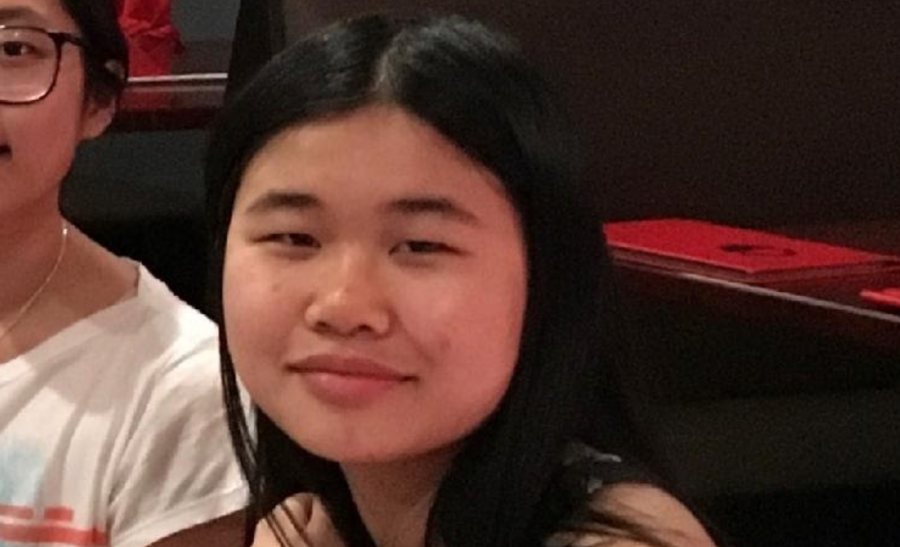 Junior Maggie Ku's father, who also experienced the SARS outbreak, says the lockdown caused by COVID-19 has been significantly more strict relative to regulations during the SARS outbreak. He has been unable to leave his house except to grab essential items like food and water and has had to have his temperature checked at every building he enters.

Junior Maggie Ku sat in her classroom, listening to her friends’ conversation while working on her assignment. They were discussing how the Corona beer stock dropped when the topic of coronavirus came up.

While filling in her answers, Maggie faintly heard one of her friends whisper to the other, “I noticed Maggie has coronavirus.”

Maggie’s face fell. She abruptly dropped her pencil and glared at her friend.

“Did she hear it?” her friend whispered to the person next to them.

“What did you say?” she asked.

“Oh it’s nothing,” her friend said.

They stopped talking and resumed their assignments. The table was silent for the rest of the period, but Maggie was disappointed. She knew they made the remark because she was Chinese. It was not the first time she had seen someone make a racist joke about the coronavirus. Outside of the classroom, she saw it on social media.

“On Twitter, … I see people saying, ‘The Chinese are disgusting. They eat everything that moves,’” Maggie said. “The fact that so many people liked or retweeted those tweets is disheartening.”

Maggie was eating dinner with her mother and stepdad when she expressed her disappointment that president Donald Trump used the phrase “Chinese virus” in a tweet on March 16. Her family argued for ten minutes about whether the phrase was racist.

Maggie insisted that the phrase was meant to be offensive, while her mother and stepfather said it’s OK because the virus technically originated in China.

Her parents justified Trump’s use of the words by saying that the Chinese were trying to pin the blame on the U.S. as well, but Maggie would not hear it. She rushed from the dinner table, furious at how they didn’t understand what other Asians around the country were going through.

“This virus isn’t associated with any nation or race,” Maggie said. “They shouldn’t blame it on the Chinese people.”

Maggie leaned on her close friend junior Neha Yawalkar as she continued to feel the impact of the virus. Yawalkar agreed with her that a group of people can’t be blamed for a virus.

“Yes, everyone could have done a better job of containing the virus, but China didn’t invent it. This whole idea of ‘This is the Chinese’s fault’ is causing a lot of problems for Chinese people all over the world, which is really sad,” Yawalkar said.

Historically, it is not unusual for a virus to be named after its location of origin, such as the Ebola virus, Zika virus or Spanish flu. However, there has recently been pushback towards this practice because naming a virus after a location can lead to stigma being placed on groups of people from the location.

The first case of coronavirus occured on Dec. 1, 2019 in Wuhan. As it spread through the Hubei province, Maggie became worried for her biological father, who lives in the area.

“A lot of people in China have been losing their jobs and losing their livelihoods because of the virus,” Maggie said. “I feel a lot of concern for my dad’s health and general wellbeing.”

Maggie discovered her dad was at risk the moment she exchanged texts with her sister, Grace Ku.

“Hey, Dad’s asking for us to send face masks to him,” Grace texted.

Maggie paused for a second, sitting down and rereading Grace’s message.

“Why? Are the masks out of stock?” Maggie responded. She did not think the coronavirus would be that big of a deal or that it would spread so much beyond Wuhan.

“Dad only has around 20 left. He travels a lot for work, so he might need more,” Grace said.

Maggie turned off her phone and tried to process what Grace had told her.

“How is this happening?” she thought to herself. “It wasn’t even close to Dad’s area a few days ago.”

Soon, the sisters were hunting for N95 masks for their father. Grace had searched through four stores before she finally found the masks she needed.

“It wasn’t unexpected. Most of them are sold out online as well, but it was frustrating,” Maggie said.

Her father’s location had been heavily regulated for the past month. Monitors with thermometers lined every corner of the province. No citizen could move around Hubei without being met by one and explaining to them where they were going and why. Some of her father’s friends also lost their jobs due to the coronavirus.

“The effort the Chinese government took to prevent the spread of the virus was effective and the condition there is better now. However, the issue of xenophobia towards Asian Americans caused by the virus is still there,” Maggie said.

She hopes that people can move past blaming the virus on China.

“The virus is a global crisis. Pinning the blame on a country is the last thing you should think about at the moment,” Maggie said.