Graduate reflects on her cosmetic surgery 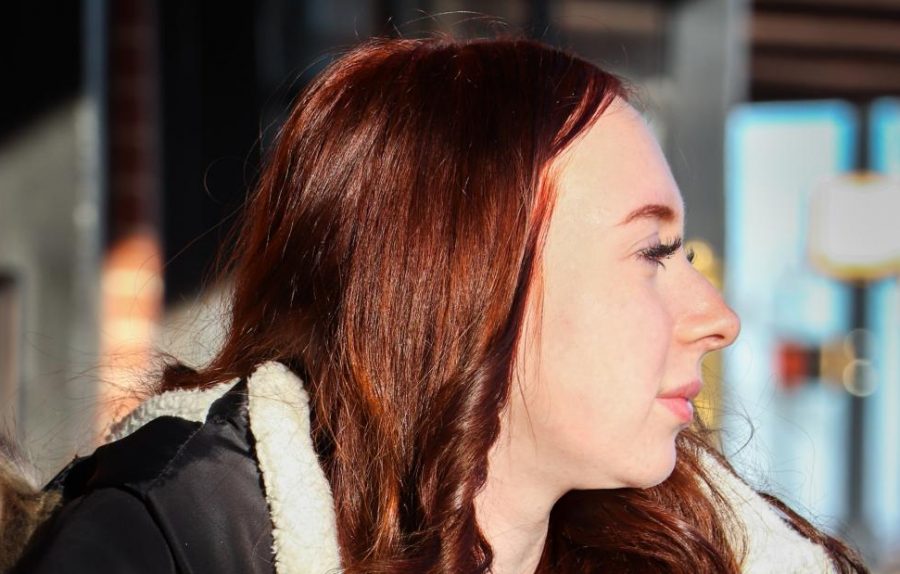 Graduate Ryann Taylor hated her nose since she was 6 years old. She begged for a rhinoplasty for years before getting the procedure at 15.

Staring at the face in the mirror, tears rolled down Ryann Taylor’s cheeks. Her eyes continued to well up as she thought of the cute, button-nosed girls she’d seen in her classes. They were perfect. They’d never have to change. Ryann hated her nose. She had since she was 6. She had never liked how it looked when she compared it to others, but the comments didn’t help.

Since she was young, people would make fun of Ryann’s large nose, often comparing her to the character Gru from “Despicable Me.” In elementary school, she thought they were just joking. They were teasing her like friends often do. It wasn’t until the sixth grade that she realized their remarks weren’t meant to be funny. They weren’t laughing. They never did.

As she continued to look at her reflection, all Ryann could focus on was her nose.

Her throat tightened as her mind began to race.

I hate how I look.

Why can’t I feel beautiful?

Ryann was tired of the teasing. The name calling. The hiding her face in photos. Ryann wanted to change. She wanted to feel beautiful.

Ryann’s mom, Diana Taylor, had the same insecurities growing up. She inherited her father’s large nose, and at age 12 began to notice its size. Diana hated her nose and wanted to change it, but her mother didn’t share her nose, so she couldn’t empathize.
Diana knew how her daughter felt. That’s why when Ryann asked to get a nose job, she couldn’t say no.

Since middle school, Ryann had begged her mom to let her get a rhinoplasty. Every time she asked, Diana would answer with hesitation, always hindering from fully saying “yes.”

One day when she was 15, Ryann asked again, expecting the same response she’d received countless times. However, what she heard immediately threw her off guard.

“Yeah, sure. We’ll start looking into it.”

She couldn’t believe it. Soon after, they scheduled a consultation with a plastic surgeon to begin planning for her rhinoplasty.

“That’s when things actually felt real to me,” Ryann said. “I knew it was finally happening.”

When Ryann shared the news with her friends, most of them were supportive, saying they were happy with whatever she decided to do. However, some didn’t share the same feelings.

While clicking through stories on Snapchat, Ryann came across one posted by a close friend. It was a pitch black screen, with only a few sentences describing his dislike for a girl at their school getting a nose job and how he disagreed with her surgery. Although he never mentioned a name, Ryann knew it was about her — she was the only student she knew of getting a nose job.

Ryann never expected this friend to not be supportive of her choices. She responded to the story asking him why he felt that way, but was only met with more rude comments, so she stopped talking to him.

Despite these harsh words, Ryann never questioned her decision. She knew she had other friends who would stick by her, regardless of the procedure. She wasn’t going to risk her happiness for the pleasure of others. Though she was still nervous about her first surgery, she knew what she wanted.

Ryann impatiently fidgeted with the silver bands on her fingers as the nurse began to remove the cast from her nose. It had been a week since Ryann’s surgery, and she was finally able to see her new nose.

She had worried since she began her recovery. The tip of her nose had been swollen since the surgery, and all she could think about was if it was ugly and misshapen and how her surgeon would have to try again.

Once her cast was off, Ryann didn’t hesitate a second to turn and face the mirror hanging on the wall next to her. As soon as she saw her face, her eyes welled up. She couldn’t believe it.

She wanted to cry, but wouldn’t let herself in front of strangers. She no longer saw the nose she had hated for years.

“I was finally happy with how I was,” Ryann said. “I’d had this big nose my whole life, and it was just gone. I felt more like myself.”

For the first time in years, Ryann smiled at her reflection. In her eyes, it was perfect.

Ryann’s throat tightened as she thought about how she had felt about herself before. On the ride home, as she looked at her mom, whose own eyes welled up, she allowed herself to cry. She no longer felt self-conscious about her looks. She felt beautiful.

Once summer came to a close, Ryann began to feel anxious as she realized she would face her classmates for the first time since her surgery. She’d never liked being the center of attention and didn’t want others to continuously point out the recent changes made to her face.

However, she wasn’t worried about hearing negative comments from people in the halls. For the first time since she was a kid, Ryann felt confident. She no longer felt ashamed about how she looked.

“I felt that before my surgery, it was holding me back,” Ryann said. “Now, I feel free, like a huge weight has been lifted off my shoulders.”

When classes started in August, Ryann found that very few students had negative comments to say about her surgery. In fact, most students said they didn’t even notice she had changed her nose because it looked so natural.

“I knew I was going to be a little self-conscious about it at first, so it made me really happy knowing other people liked how I looked,” Ryann said.

Today at 17, Ryann has no regrets about her rhinoplasty. She said that her new nose is a part of her, and she loves it.

While Ryann has had additional lip injections since her surgery, she said she does not regularly book appointments and understands there can be an obsessive side to cosmetic procedures. Ryann said that there are some cases where people are never fully happy with their results, which leads to them continuously having to get more surgeries and alterations. She said that she believes the more cosmetic procedures a person gets done, the more harmful it is to their body.

“Sometimes it can get to the point where it’s obsessive. That’s not healthy,” Ryann said. “Your body can only take so much. You’re hurting your body by doing that.”

Ryann said that while she sometimes still has issues with the way she looks, she is no longer in a place where she feels pressure to change her appearance for others. She said that as she matured, she was able to overlook small insecurities and love her body for the way it is.

“Back then, I thought I had to look a certain way because that’s what everyone else was saying,” Ryann said. “Now, because I’m older, I don’t necessarily want to look like them anymore. I like how I look. I no longer feel like I have to change.”

Before, when Ryann looked in the mirror, she couldn’t stand the sight of her reflection. Today, she doesn’t hate the face that stares back.

She no longer hides her face in photos. She no longer wants to change. Now, when Ryann sees her reflection, she sees the person her 6-year-old self had always wanted to become. She sees someone beautiful.