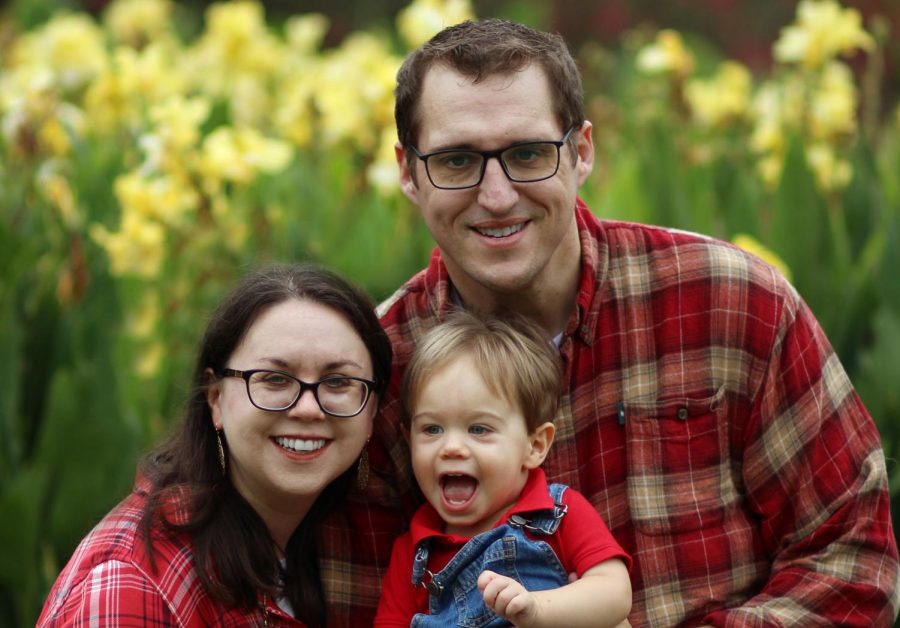 Two years after surviving complications of weight loss surgery, Corey met his wife. They have a 2-year-old son. Before the procedure, Corey never really considered that he’d ever have the opportunity to have his own family.

Editor’s note: this story was named as a superior feature in the TAJE Best in Texas contest and it won second place for features in the Press Women of Texas high school contest. It also won first place and Tops in Texas for online features in the ILPC contest.

The man he saw in the mirror wasn’t him. He barely recognized himself in the overweight college freshman who stared back.

He still felt like the high school senior who played football. Back then, he was 6 feet 3 inches tall and weighed more than 300 pounds, but he wasn’t concerned. He towered over his classmates since elementary school and ate whatever he wanted. He’d burn it off in practice anyway.

But that kid was gone. The comfort he found in food, however, remained. He ate Taco Bell and pizza to cope with the anxiety and depression that drove him to skip class and stay in his dorm.

Within a year of starting college, he had put on 50 pounds. Soon, 50 became 70. With each new pound, he isolated himself more. His friends invited him to the movies and Mavericks games, but he rarely went. He couldn’t fit in the seats.