Shoot for the stars 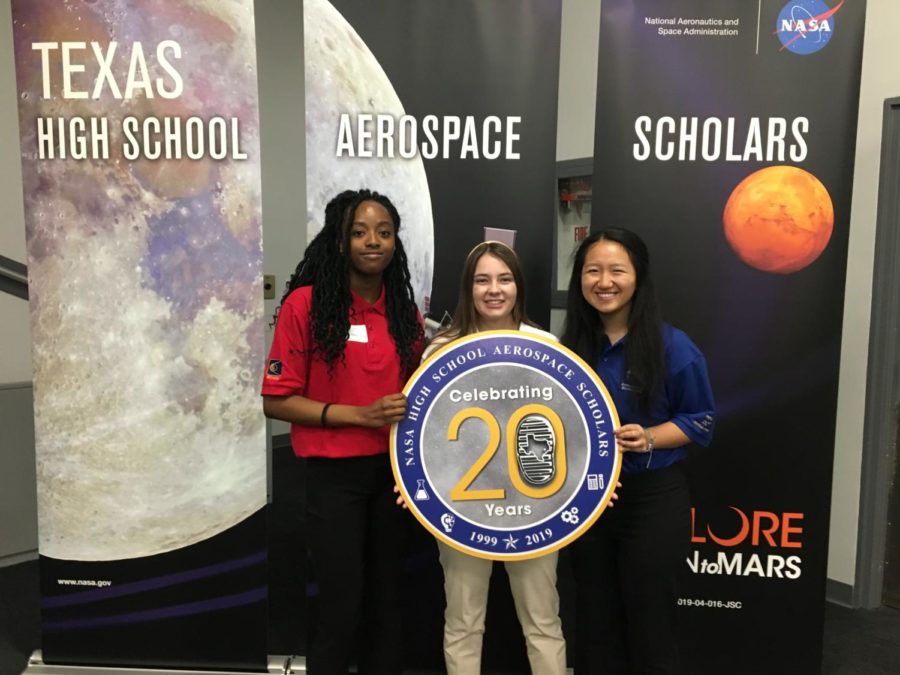 “Can I look at this stuff?” senior Carol Anne Starks said.

She had just arrived home from a long day of middle school. Only 11, she had recently began sixth grade.

Starks was talking about the old computers laying on her kitchen table among other stray parts. Her dad had brought them home from his company intending to repair them.

“Sure,” he said. His daughter hadn’t shown much interest in computers up to this point, but he agreed without thinking much of it.

Throughout her preteen years, she continued learning about how computers worked. It only took her two weeks to rebuild an old computer with different parts.

“I started messing around with it, and I took the computer apart, and I didn’t know how to put it back together,” Starks said. “I kind of started trying to screw things back in or plug things back in.”

Her dad noticed her interest in computers and continued to bring her broken ones from his company. What began as a problem for him turned into a gift for his daughter.

“At first, he was bringing them home because he had extra ones, but after he saw that I was taking them apart and putting them back together and building new ones, he started actually bringing home stuff for me,” Starks said.

By seventh grade, Starks was already different than some of her friends. They were fawning over celebrities like Harry Styles and Justin Bieber while she had grown to admire physicists like Richard Feynman, who gave lectures about his life as an engineer.

As most students looked forward to turning in their school textbooks at the end of the year, Starks enjoyed reading and even collecting textbooks and research papers about science and engineering.

It wasn’t just computers and science she loved. Starks had completed every math class in high school by her junior year, but all that science and math wasn’t enough. She wanted to learn about engineering and more — space technology.

Starks sat across from her college preparation advisor.

“Well, you obviously love science, and you love space too right?”

She was recommending an online aerospace engineering course to Starks.

She enrolled, completed the five-month class, and ended with one of the highest grades.

Starks knew that the top 40 students to complete the course across Texas would be chosen to attend a week-long program over the summer, and she could only hope she was among them. She knew that if she was selected, she would get to go to NASA.

“I was nervous because I wanted to get chosen to go but I wasn’t too fearful. I think they liked what they saw,” Starks said.

One day in mid-March, the email from NASA finally arrived. She clicked it open.

After a week of touring the NASA facilities, listening to lectures by famous scientists and nights spent designing a Mars rover model, Starks was finally able to showcase her talents in the closing ceremony.

Starks knew the man sitting next to her. Earlier that week, he had led her group on a tour where he showed them the Saturn V Rocket, which had been launched into space 13 times. He was the designer.

The program coordinators observed the students all week, and Starks was chosen to escort a VIP senior member to the ceremony. That man sitting next to her was Norman Chaffee, who had worked at NASA for over 50 years and built some of the main parts of the Apollo Mission rockets.

He wore glasses with wide round frames, high waisted pants and had a walker. Starks was nervous that she wouldn’t be smart enough to speak with him, but she eventually became more comfortable. They talked throughout the three hour long ceremony.

“It was really cool because he’s super into science and math of course, and I was able to actually hold a conversation with him,” Starks said.

He eventually reached below his walker and pulled out a logarithmic calculator and a model rocket thruster.

“Do you always carry this stuff with you?” she said.

“I keep it in my car just in case I want to bring it somewhere,” Chaffee said.

Chaffee told Starks that she reminded him of his own daughters and that he admired her passion for the field. Then, he gave Starks his contact information.

Since then, they have been regularly emailing back and forth.

Chaffee is the manager of a contest called The Space Settlement Design Competition, which is only by invitation. Students are given a prompt from a fake company and are contracted to build something space-related. He invited Starks to participate in next March’s competition.

“He was like ‘If you can get a team together and a teacher sponsor then you guys should come next year,’” Starks said. “Me, Mr. Ramirez and some other kids are going to Johnson Space Center in Houston to compete.”

Starks continues to search for opportunities to grow as an engineer because, to her, the impact of physics and science is the ability to learn about the world and change people’s daily lives.

“There are probably so many unknown things that we could be doing we just don’t know how to do yet,” Starks said.

Starks is already working on her own scientific advancements, hoping to create a portable phone charger that can be powered by a mechanical action such as pumping a lever.

“It would be useful. Everyone uses them, but when they die they don’t have a use anymore,” Starks said.

In the future, Starks wants to work in the electrical engineering field, studying technology that can help humans go farther into space.

“Even though it seems like it doesn’t matter, everything is intertwined,” Starks said “Knowing how unknown things in space and our universe work is really useful.”